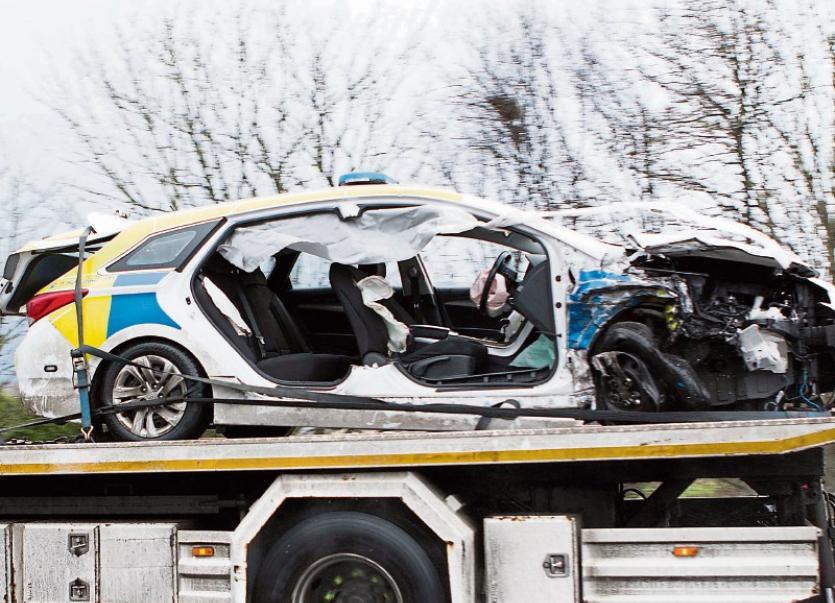 The Garda car involved in a road traffic incident on Sunday morning on the Bruff line. Photograph Press 22

EMERGENCY services have attended the scene of a road traffic collision involving a garda car.

Limerick Fire Service was alerted to the incident at 9.22 am this Sunday morning on the Bruff line in County Limerick.

It is understood that an ambulance was called for two females who were involved in the crash but no serious injuries were sustained.

Three units of the Fire Service from Rathkeale and Newcastle West were dispatched to the scene, before returning to their bases at 1.28pm.

It is expected that the Garda Síochána Ombudsman Commission (GSOC) will be notified.

Meanwhile, the emergency services also attended to a car fire in Limerick city earlier this afternoon.

One unit from the Limerick Fire Service was dispatched to tackle the car fire on Wolfe Tone Street at 1.24pm before returning to its base at 1.56pm.