Auctioneers predict a number of new housing developments in 2018 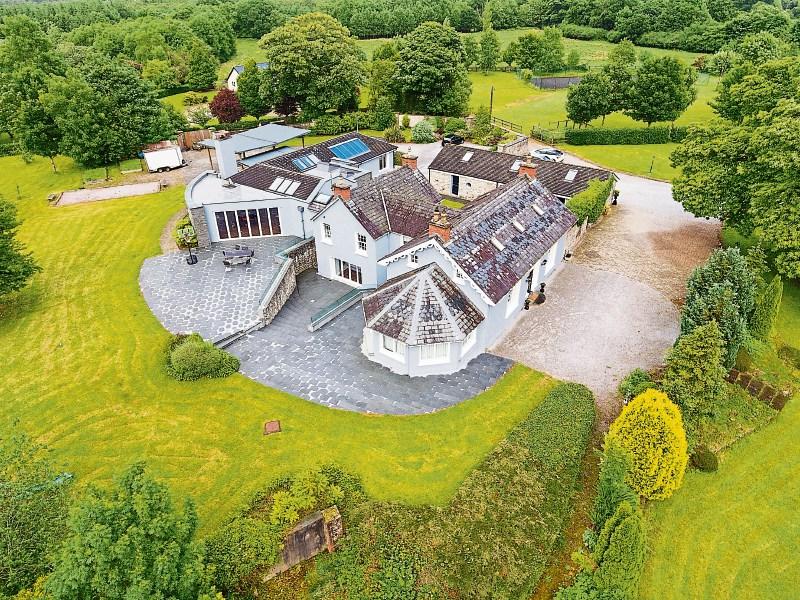 World’s End, former home of Pat Shortt, made headlines this summer as the Castleconnell mansion was listed on the market at €1.2 million – less than half its €2.7m boom time price

IF YOU told Limerick auctioneers even last Christmas there would be overnight queues for houses in 2018 they would probably think you’d had too much mulled wine.

But that is exactly what Lisa Kearney of Rooney’s Auctioneers, and Tom Crosse, GVM, experienced. In September, Ms Kearney witnessed house buyers sleeping in their cars for over 40 hours in a bid to purchase one of five houses in Kylemore, Castletroy.

She was proved right when she said this looks set to continue due to the “huge demand and massive shortage” in the housing market. In November, Mr Crosse welcomed over 500 to the launch of Templeville, Ballinacurra Road, Punch’s Cross with a number sleeping in their cars on Saturday night.

Mr Crosse admits the business was “dead in the water” for a period.

“We had seven or eight very tough years. It was tough in the business trying to survive and manage staff. We went from 100 mph to first gear.  Thankfully we are back at a reasonable level again and we look forward to 2018,” said Mr Crosse, who adds that they have some interesting developments in 2018.

“Residential property lost 50 to 60% of value and we have now recovered at a real quick pace over a three year period. It is back to 80 to 85% of where valuations  were in peak 2006 and 2007. The growth seems to be concentrated in the city. The small towns and villages are slower to recover in value but they will come in time too.

“There are new developments planned for 2018, which will probably alleviate and soften prices. I think we will probably get back to near enough where prices were at peak but once the builders start building it will level off values too. It hasn’t been economical to build in Limerick -now it is economical again,” said Mr Crosse.

“About the middle of last year, they (builders) really sat up and took notice of Limerick. It is starting to make viable sense for them to build and I’m hoping next year will be the year for new homes,” said Ms O’Malley.

”There was good activity in the market. There was quite a volume of new people coming into Limerick city for employment opportunities and lifestyle reasons. There is plenty of new blood coming into the city but a shortage of stock for them to buy - that is the problem. That has pushed prices particularly in the locations accessible to the motorway.

“In terms of what we need to move things on and make the city a viable place for people to live and do business, we need new homes. That is something we have to see over the next 12 or 18 months. We are hoping to have a couple of new home developments breaking ground in 2018,” said Ms O’Malley.

Michael O’Connor, director of REA O'Connor Murphy, said 2017 could be described as the year where the property market got firmly back on its feet.

“While supply is still an issue in the marketplace prices generally increased by circa 11% for a three-bed semi-detached house.  While other areas of the marketplace such as properties under €100,000 experienced increases of 20% plus.  The purchasers within the residential market generally came from first time buyers.  We have for the first time in many years experienced people trading up and trading down.  There was a noticeable increase in mortgage approved customers in the marketplace and in our opinion there was an increase in mortgage back sales in 2017 in comparison to previous years.  We believe 60% of our sales were mortgage approved and 40% were cash buyers,” said Mr O’Connor.

Their auctions proved very successful in 2017 with 127 properties selling at six events within Munster and Connacht.

“There was a noticeable urgency from receivers and funds to place properties with consensual approval from the borrower on the market via this method of sale.

“We do not sell family homes in these auctions and therefore the property types mainly consisted of investment opportunities,” he said.

Mr O’Connor believes 2018 will be the year when new homes become a regular feature in Limerick’s residential market.

“We have had a number of noticeable land sales during 2017 and we would hope to see, subject to planning, the development of these lands commencing throughout 2018.  We are launching Sli na Manach, a development of 3 and 4 bed semi detached homes, in February 2018,” said Mr O’Connor.

In summary, he believes the Limerick property market made a return during 2017 and while he expects some price increases for the first half of 2018, he  believes they will also see a return to a normal marketplace in 2018 with an increase in supply of all property types, which should lead to an increase in prices of  circa 5-6% per annum.

Pat Dooley, of the Dooley Group, said the property market in 2017 saw prices rise significantly in Limerick city and suburban areas with more modest increases in the county.

“The major stumbling block in 2017 was lack of supply which without construction of new housing developments will continue into 2018. With demand outstripping supply across each spectrum of the property market it is clear that we will see similar if not higher increases in property prices throughout 2018. More houses need to be built to boost the supply chain currently lacking at the moment. More new houses will lead to a pick up in first time buyer transactions and also trader uppers who will put their own properties on the market. The outlook for the rental market is similar. High demand, little supply and with more and more jobs coming to Limerick rental values will continue to rise in city and suburban areas,” said Mr Dooley.

“In 2017, property prices increased on average by 10 to 15% from last year and even more in some areas. The reduction of deposit requirement for the first time buyer from 20% to 10% was the incentive needed. The shortage of second hand homes and new developments is the reason that prices have hit the increased levels which we have seena We also saw an increase in the investors market - city centre apartments being snapped up quickly by overseas and national buyers, seeing Limerick as good value with excellent rental returns.

“Overall there are a shortage of properties in the ever popular locations of Raheen, Dooradoyle, Castletroy, Caherdavin, Corbally and especially more-so in the highly sought after areas like North Circular Road, Ennis Road and South Circular Road which are commanding very high prices making well above the asking price,” said Ms Quaine, who forecasts the same high level of interest and price increases due to the lack of properties currently on the market.