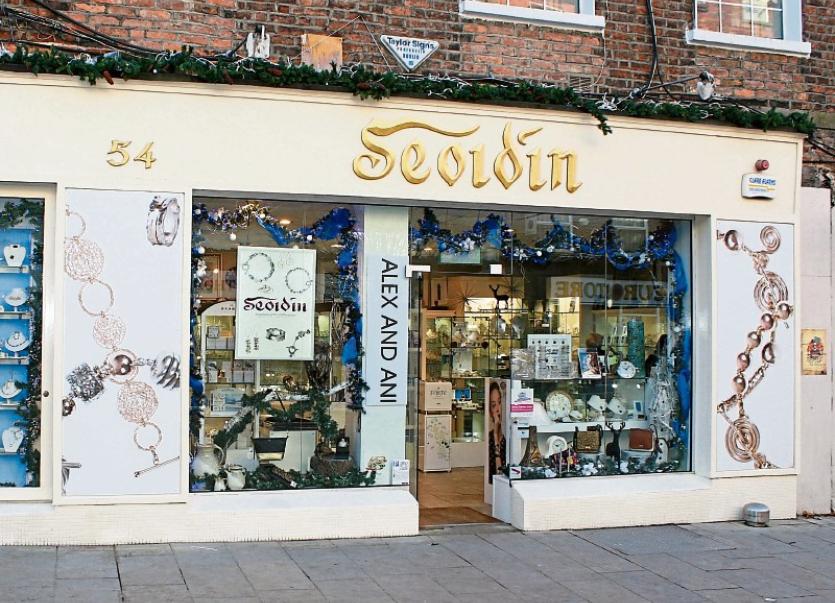 The defendant is charged in connection with a robbery Seoidin, Thomas Street on March 10, last

A JUDGE has expressed concern that a man who is accused of robbing €200 from a jewellery store in Limerick city remains in prison despite having been declared unfit to stand trial.

It is alleged the 30-year-old defendant threatened a female member of staff with a large knife after he entered Seoidin, Thomas Street at around 11am on March 10, last.

During a hearing in October, Consultant Forensic Psychiatrist Anthony Kearns, who is attached to the Central Mental Hospital in Dublin,  said he had examined the defendant a number of times after concerns were expressed about his mental health and his ability to enter a plea.

He said the accused man suffers from a Schizo defective disorder and that he also has an intellectual disability. He added he has an IQ which places him the lowest percentile in the country.

Dr Kearns told Mark Nicholas SC, defending, he found the defendant “to be very incoherent” and that he was not able to consider the charges “in any reasonable way” when he examined him.

The witness said he did not believe the defendant is capable of instructing his legal advisers or of following court proceedings.

When asked by Mr Nicholas, Dr Kearns agreed the accused man’s problems are ‘chronic’ and are compounded by his use of illicit drugs.

He said he did not believe that detaining him at the Central Mental Hospital was an option as it would not be “an effective use of resources”.

However, during a review of the case, Judge Tom O’Donnell was told the defendant’s clinical position has since detonated and that he has now been placed on a waiting list to be admitted to the Central Mental Hospital.

Mr Nicholas said it’s accepted by all parties that his client will require long term care in the appropriate setting and that he is likely to be admitted to the CMH early in the new year.

“Clearly everyone is moving in the right direction,” he said adding that he may have to “take action” if there is any further delay.

Adjourning the matter to the new year, Judge Tom O’Donnell said he has enormous concerns,

“I’m completely uncomfortable with the fact that he is still in prison when he should be in hospital,” he said.

The judge directed that an up-to-date report be prepared for the court ahead of the next date.

Previously, he was told the defendant’s illnesses can be treated with regular medication but Dr Kearns said he did not believe he would attend any outpatient appointments to receive his medication.

While not disputing the medical evidence, John O’Sullivan BL prosecuting, pointed out that suffering from a mental disorder does not, in itself, preclude someone from going on trial.

The matter may proceed at a future date if the defendant’s condition improves to such an extend that he is declared fit to stand trial.