'Love Song for Forever': Group to put Limerick homelessness on the record 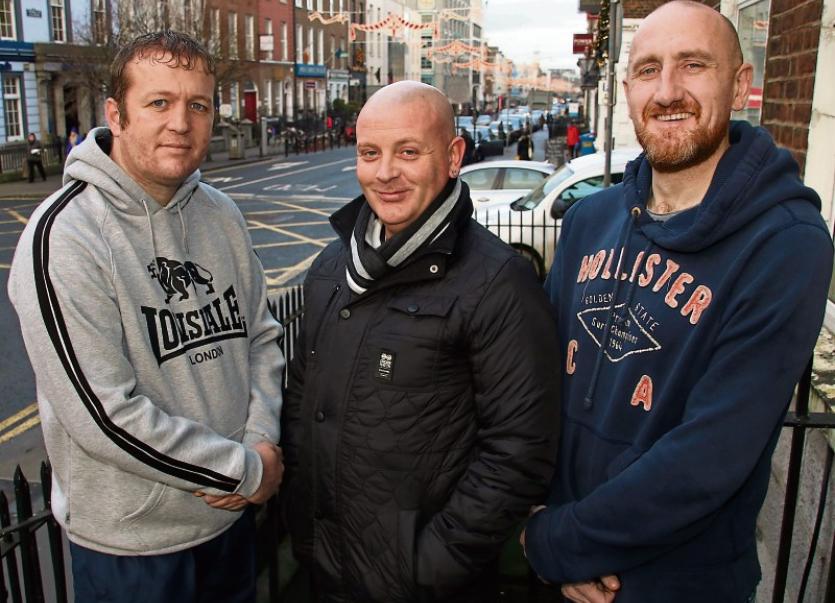 A HOMELESS man in Limerick whose partner is due to give birth on Christmas Eve is asking local businesses for support, in the hopes that he can raise money for homelessness charities.

Colum King, who is currently living in emergency accommodation, has recorded and produced ‘Love Song for Forever’ with his group ‘P19’.

A P19 is a disciplinary form given out in prisons. The group is now hopeful that Limerick businesses will back the project so that they can release the song as a charity single to raise money for homelessness charities and services.

“A homeless person bringing out a song for homeless people is unheard of; I’ve had so many people say it to me.”

“We’re now trying to get as much funding as possible from local businesses.” Mr King has been homeless for three months and is currently living in emergency accommodation.

“I was living in Broad Street first and the rent kept going up,” he said.

“I had my two sons with me, and we couldn’t afford rent anymore so I ended up sofa-surfing.”

“I ended up staying in my girl’s place every night. It was my girlfriend’s father’s house, the house was sold to the bank, so we had to move out and ended up in hotels.”

His girlfriend is due to give birth to their daughter on Christmas Eve, he said, adding that it is a hard time for his family.

“I’d prefer I was in a house and to bring her home to a home, instead of a hotel.”

“(My girlfriend is) really, really stressed out,” he added.

‘Love Song for Forever’ features the lyrics of an Annie Lennox song.

Mr King sings and plays guitar on the track, which also features a rap by Lee Ryan and Peter Roche on the flute.

The song was then produced by Mr King and Joe Mulcahy from Open Door Studios.

The group chose to sample Annie Lennox due to her lyrics, he added.

There is still a lack of awareness around homelessness, Mr King believes.  “People need to be aware of what’s really going on,” he said.

“I think more houses need to be built. I think that the Government caused this problem in the first place. I think you get treated with total disrespect because you’re homeless, which is ridiculous.”

If released, he is hopeful the song will raise money for Novas, St Vincent de Paul and Focus Ireland.