Limerick mother's heartbreak as Christmas savings stolen from her handbag 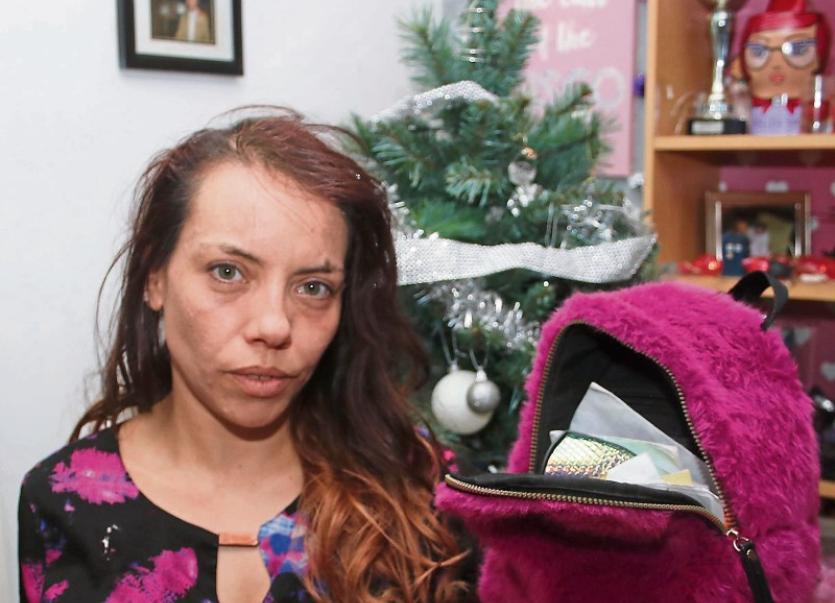 A LIMERICK mum-of-three has been left “heartbroken” and “devastated” after her purse with all the money she needed for Christmas was stolen from her home.

With just days to go before Christmas, single mother Iseult Hayes was left in tears this Wednesday after waking up to realise her wallet had been stolen from her home near the Old Singland Road after an overnight break-in.

It contained €500 in cash she had collected from the Post Office to buy presents and food for her children Rhys, 17, Rhiannon, 8, and Odhrin, 4, this Christmas season.

Gardai are investigating the callous theft, which Iseult says has “ruined” the holidays for her and her young family.

“How can anybody rob from someone’s house at Christmas,” she sobbed, “Have they got no heart? People don’t have much to go around. Why would they do this to anybody. Why rob anybody at Christmas?”

Although Iseult had locked the door, she did not put the alarm on, because her eldest son had told her he would be staying late at a friend’s house.

However, when she woke up, and walked to the landing, she saw her handbag was turned over and purse removed.

She said: “This was my dole pay for the next two weeks. I had all the stuff to buy for my kids, and the food for the family too.”

Having gone through a recent break-up, Iseult says she is facing her first Christmas on her own.

“This is just a horrible horrible nightmare. I’m just devastated and heartbroken,” she added.

Friends and family were this Thursday rallying around the young mother, and Gardai have launched an appeal to recover the money.

One friend has made contact​ with St Vincent de Paul to see if they can come to her aid.

She said she had planned to buy a paint-and-canvass for her eight-year-old daughter Rhiannon, who loves art, as well as computer accessories for her eldest son Rhys, 17.

As for her youngest child, Odhroin, just four, she said: “He loves Thomas the Tank Engine. I was going to get him a little Thomas.

A garda spokesperson confirmed officers at Henry Street are investigating a burglary at the home in the Carn na Ri, Old Singland Road area of Limerick.

They added it took place between 12.45am and 10.15am this Wednesday, and a sum of cash was taken.