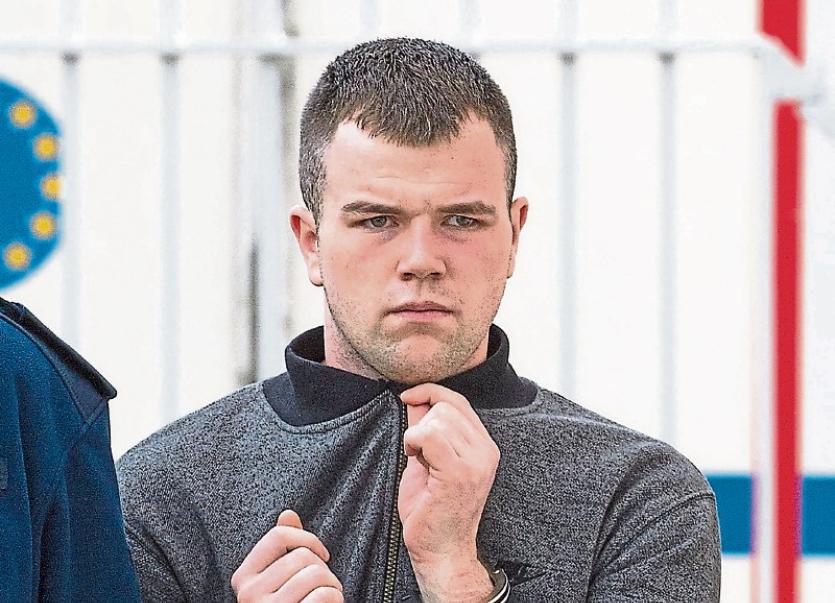 A STREET dealer who was caught trying to pass drugs to a prisoner during a sitting of Limerick District Court has been jailed for two years.

During a sentencing hearing, Detective Garda Declan O’Halloran said he was in the body of Limerick District Court on July 3, 2014 when he observed the defendant behind the glass security screen passing something to another prisoner.

Prisoner officers intervened and a package containing cannabis worth €17.42 was seized.

Judge Tom O’Donnell was told the defendant, who was released after a bench warrant was “sorted out” was stopped and searched at Glentworth Street the following day.

Eleven deals of heroin, worth €168.65, were found on his person while a large quantity of the drug, worth more than €4,000, was found during a follow up search of his home.

Almost 1,000 Xanax tablets, worth €1,920, were also found along with a small quantity of cannabis.

Brian McInerney BL said his client was “very vulnerable and naive” and that he engages in “polysubstance abuse”.

He said Allen had not gone to court on the day with the intention of passing the drugs but had done so “out of the goodness of his heart” after he met a childhood friend.

“It was an offence of astonishing stupidity,” he said adding that he had been told to mind the drugs found at his home by a “sinister individual” as he was “up to his eyes in debt”.

Imposing sentence, Judge O’Donnell noted Allen had cooperated with gardai and had made full admissions.

Referring to the contents of a probation report, the judge noted there is a high risk of him reoffending given his history of substance abuse and the lack of structure in his life.

He imposed a three-year prison sentence, suspending the final 12 months on condition he engages with the Probation Service following his release.

The sentence was backdated to May 24 – the date Allen pleaded guilty.