Smartphones to put Limerick gardai on the beat in pilot scheme 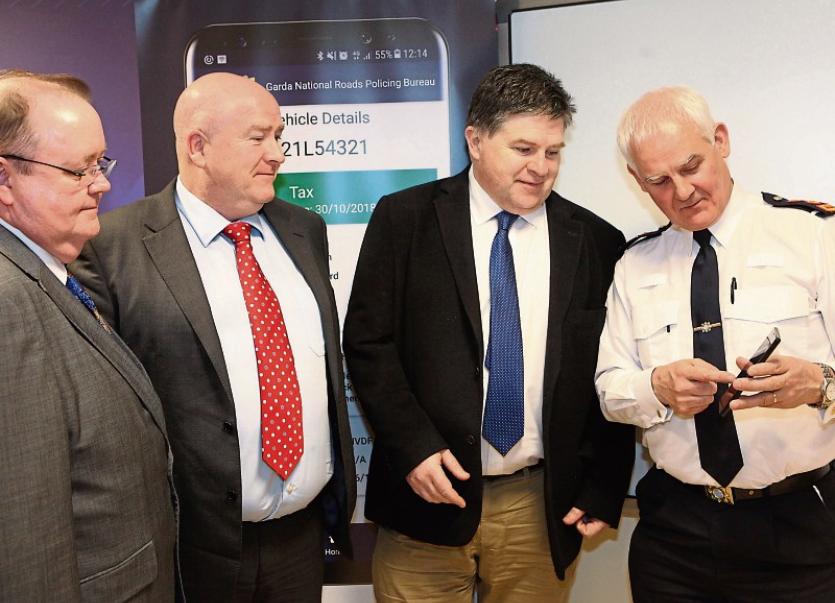 FIFTY gardai from across the Limerick garda division have been issued with new smartphones as part of a pilot scheme which will run over the next six months.

The roll-out of the phones and secure garda apps is the culmination of a more than a year’s work and is a key part of the Garda ACTIVE Mobility Strategy.

Launching the initiative, Chief Superintendent David Sheahan said there is huge potential for the initiative which could see more gardai out on the beat rather than being stuck behind desks at garda stations.

The secure smartphones, which will also also allow gardai to access their (garda) emails remotely have been distributed to members across all four districts.

“It’s across the board, there is a guy in the drugs unit who has one. Several people on the regular units have volunteered so there is a broad spread everywhere to make sure that we get a good feel of what it is going to do for us,” said Chief Supt Sheahan.

While the new ‘mobile data stations’ have been distributed to gardai across the city and county there will be a heavy focus on traffic and so called “lookups” initially.

Instead of having to contact the communications centre at Henry Street, gardai will be able to almost instantaneously check the details of cars on the roadside using a secure app which has access to Pulse records.

Once the registration number is entered, the app will then display the results with colour-coded warnings which may lead to action being taken (see below).

According to Chief Supt Sheahan 45,000 ‘look ups’ were conducted in Limerick last year which means the roll-out of the gardai traffic app has the potential in itself to free up one garda who could then be deployed on other duties.

The pilot scheme, he added, will be expanded early in the new year as other areas of policing are included.

“The major benefit for me is that I’m hoping to see a major visibility on the streets as a result of this because the guard will be able to do most of his work without the necessity of having to go back to the station to input the data but that’s not going to happen overnight,” said Chief Supt Sheahan, who has travelled to the United States and across Europe to see how mobile technology is being used by other police forces.

The ability of gardai to access their emails remotely is also likely to generate greater efficiencies. It will be possible to task members without them having to return to the station while it will also be possible to send photographs or CCTV footage from a crime scene directly into an incident room.

As part of the pilot scheme, a number of ‘Active’ patrol cars and motorbikes will also be deployed within the Limerick garda division.

The vehicles, the first of which is now in use in West Limerick, have been fitted with equipment which amplifies the mobile phone signal on site and allows the car to act as a mobile hot spot for gardai on the ground.

“It’s all about mobility and everyone has a different opinion as to what that entails so we said 'let’s start with the mobile devices and let’s see what that delivers. Let’s bring the smart car in so we can start doing remote working',” said Tim Willoughby, head of digital services and innovation with An Garda Siochana.

The Active cars, some of which will be fitted with ANPR (automatic number plate recognition) technology are connected to the Internet meaning updates regarding their location and operating status can be automatically relayed to command and control.

Following the six month pilot, a review will take place with all stakeholders with a view to rolling out a national scheme over the next three years

Joseph Nugent, chief administrative officer with An Garda Siochana says the roll-out of the pilot scheme is hugely significant.

“If you go up to Clare,  for example, the people in the car have no access to anything. They don’t have access to Pulse and they have go to come back to the station to do any of the excercises. They have got to use their notebooks and take notes whereas this (pilot) at least provides them with the opportunity to be much more responsive in the community,” he said.

Tim Willoughby says all of the devices are encrypted and secure and can be shut down and wiped if lost, stolen or damaged.

Each of the gardai have also undergone full training in relation to their use and Data Protection issues.

Following the six month pilot, a review will take place with all stakeholders with a view to rolling out a national scheme over the next three years.

While the use of drones and body cameras is also being considered as part of the ACTIVE Mobility Strategy, the use of such technology by gardai would require the introduction of new legislation.