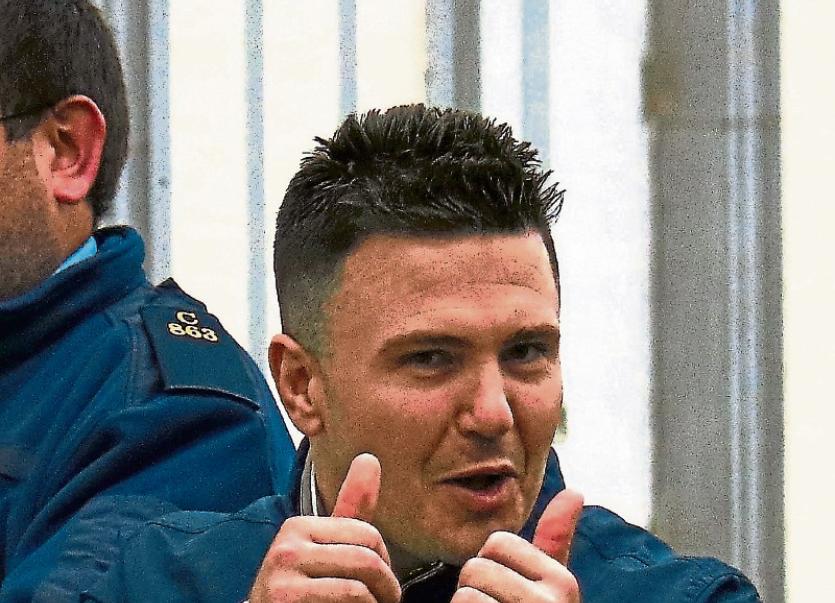 A CRIMINAL figure who was jailed for four years after he was convicted of threatening to kill a Limerick-based detective has failed to have his conviction overturned.

Darren O’Halloran, aged 32, who has an address Aurea Cottage at Dublin Road, was convicted in September 2016 following a three-day trial at Limerick Circuit Court.

He had denied threatening to kill Detective Garda Pat Whelan in a phone call to Henry Street garda station on April 2, 2015.

He also denied threatening to cause damage to the detective’s home, which is outside of Limerick.

Detective Garda Whelan told the trial he was on duty at around 2pm when a phone call was received in the crime office at Henry Street garda station.

He said that during the subsequent conversation Mr O’Halloran suggested that he and his brother, Aaron, would “do no more crime” if gardai “backed off”.

The detective said when he indicated to the caller that gardai would not be backing down, the defendant became aggressive and threatened to “finish” him saying: “Go get your V6 Mondeo, I’ll ram you off the road at 160 miles an hour.”

Rejecting O’Halloran’s appeal, Mr Justice Alan Mahon, who sat with Mr Justice Michael Peart and Mr Justice George Birmingham said the court was satisfied, in all the circumstances, that the jury was adequately charged in relation to the subject of voice identification evidence and that the appellant received a fair trial.