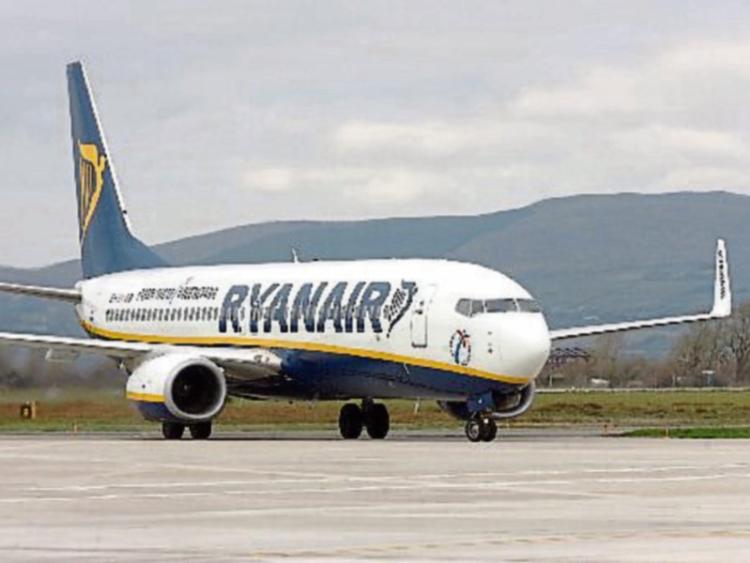 IT looks like passengers using Ryanair services from Shannon Airport will avoid any travel disruption which could come about due to pilots taking strike action.

This Tuesday afternoon, staff Ryanair pilots based in Dublin, who are members of the Irish Airline Pilots’ Association (IALPA) announced they would take industrial action over pay, plus terms and conditions of employment.

Staff will go to the gate next Wednesday, December 20, and it has been warned additional strike days could also occur.

But in a strongly worded statement, Ryanair insisted it would “face down” the actions, and said its pilots in its Shannon base have already agreed pay deals worth 20%.

On this basis, this would rule out the budget carrier’s pilots based locally from the action.

“Ryanair is surprised that IALPA has threatened to disrupt Christmas week travel when IALPA’s own numbers confirm that it has the support of less than 28% of Ryanair’s over 300 Dublin pilots and when Ryanair’s Belfast, Cork and Shannon bases have already agreed these 20% pay deals. While some disruption may occur, Ryanair believes this will largely be confined to a small group of pilots who are working their notice and will shortly leave Ryanair, so they don’t care how much upset they cause colleagues or customers,” the company's statement read.

As part of a long-held policy, Ryanair has refused to engage with unions, or recognise a new European Employee Representative Council (EERC) that was established to represent Ryanair bases across the continent.

Ryanair said it will deal with any such disruptions "if, or when they arise" and said it wanted to "apologise sincerely" to passengers "for any upset or worry" the threatened action may cause them.

Ryanair operates between Shannon and London’s airports at Gatwick and Stansted, Manchester, Berlin in Germany, Rome in Italy and Kaunas in Lithuania.

On top of this, it also operates Spanish services to Alicante, Barcelona, Fuerteventura, Lanzarote, Malaga, Mallorca and Tenerife South.