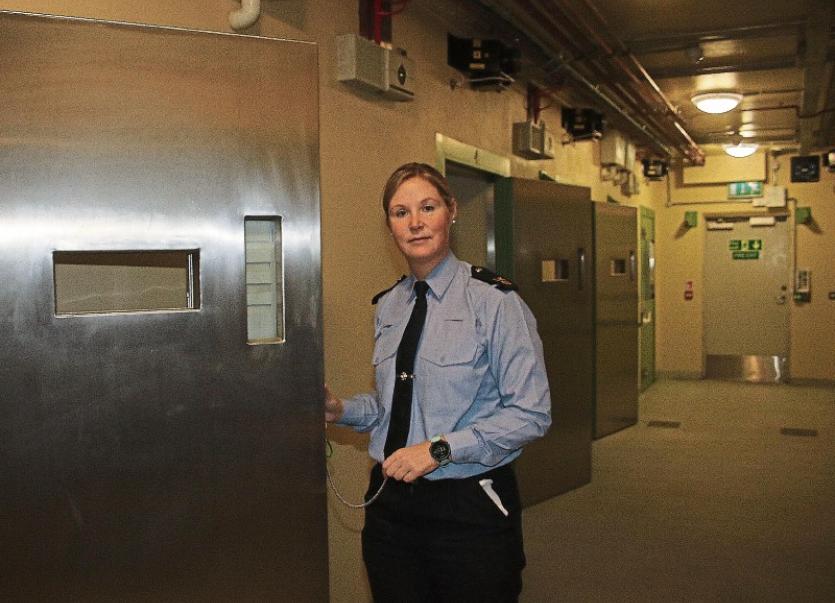 THE opening of a new state-of-the art custody suite at Henry Street garda station in Limerick will be of huge benefit to both prisoners and the gardai who are dealing with them.

That’s according to Chief Superintendent David Sheahan who made his comments ahead of the opening of the refurbished facility before Christmas.

Located in the basement area of the garda station, the new custody suite, which cost around €1m to refurbish, includes 12 cells and various ancillary facilities such as six interview rooms, a doctor’s room, a solicitor’s room and an exercise yard.

Previously, there were just three interview rooms which were located in a separate upstairs part of the garda station.

The new custody suite, which will cater for around 5,000 prisoners a year, will have a dedicated entrance and reception area meaning those in custody will no longer be brought in via the public office of the garda station.

As part of the works, a new CCTV system, which will record both audio and video, was installed along with panic strips along the corridor walls.

Members of the Limerick Joint Policing Committee, last week, visited the refurbished facility which will be the most modern in the country once it opens.

“The potential here is really to bring us into the next century in the context of compliance with human rights and legislative provisions,” said Chief Supt Sheahan who expects the new custody suite will become a divisional resource once fully operational.

“The only time I would expect to see prisoners in Mayorstone or Roxboro Road is when we are oversubscribed here,” he told members of the joint policing committee.

Sergeant John Flanagan says the fact that prisoners will no longer have to travel up and down stairs from the public area of the garda station will be a major advantage.

“Previously, if you had a very intoxicated person or a very hostile prisoner – bringing him or her down the stairs was extremely dangerous for the person themselves and also for the garda members who had to bring them down,” he said.