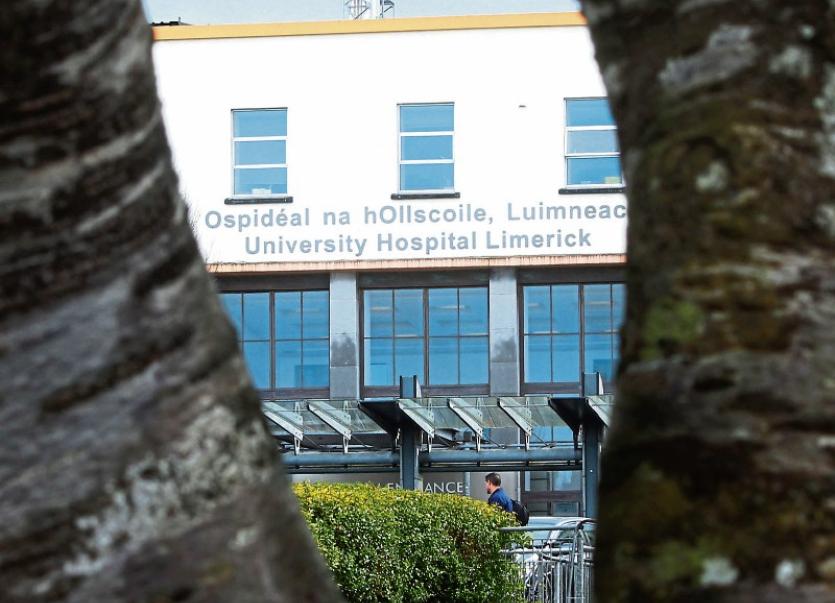 University Hospital Limerick: Overcrowding 'exacerbating the risk of proliferation” of a potentially-lethal superbug

THE OVERCROWDING crisis at University Hospital Limerick is “exacerbating the risk of proliferation” of a potentially-lethal superbug and is placing patients “at increased risk of infection”.

That is according to a scathing report by the Health Information and Quality Authority (Hiqa) this week, stating that it was not assured that UHL’s measures to tackle the spread of the CPE superbug “are sufficiently effective”.

Risk factors that have “persisted” since Hiqa declared UHL as a superbug hotspot in 2015 include overcrowding, “insufficient” isolation facilities and infection control resources, “deficiencies” in frontline staffing and hospital hygiene, and “poor” infection control practices.

Deputy Niall Collins described the findings in the 59-page report as “disturbing".

"This is a serious matter as patient safety is at risk. HSE management need to set out what exact steps it will take to address this problem and make available the resources necessary to tackle the spread of infections in the hospital.”

“If the hospital is in a continuing state of overcrowding as a norm, how are they going to cope with a rapid influx of elderly patients with respiratory illness, secondary to influenza and the other illnesses that become more prevalent during the winter?” he added.

A spokesperson for the UL Hospitals Group welcomed the report, adding that it takes CPE prevention and control “with the utmost seriousness”.

UL Hospitals said that it “draws attention to Hiqa’s positive assessment of the screening and other mitigation measures around CPE" across the hospital group.

After the development of a quality improvement plan to tackle CPE, detections of the superbug have dropped from 57 to 43 from 2015 to 2017. In most cases, Carbapenem producing enterobacteriaceae [CPE] are harmlessly carried in the gut and do not cause infection. But in the event of a bloodstream or other infection, it can result in serious illness or death.