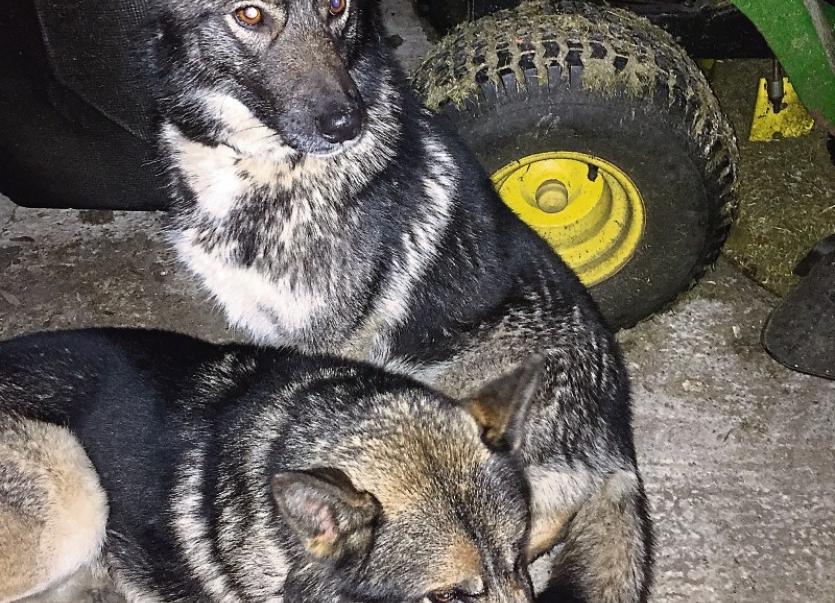 The two German Shepherds at the centre of the case - below, the damage to the car

TWO dogs killed a family’s beloved cat and caused over €1,000 worth of damage to their car, a court in Limerick has heard.

Elaine Linehan, from Ballyorgan, successfully took a small claims case against Neil, Maggie and James Smith that was heard in Kilmallock Court. The defendants said there was “no evidence that we’ve seen that our dogs were responsible”.

“I was doing homework with my children. I saw two German Shepherd Husky crosses come around the side of the house. They were following our cats into the garage. My husband Damien closed the garage door to lock them in,” said Mrs Linehan, who added that her husband grabbed a hurley to defend himself when he went to rescue the cats in the garage. 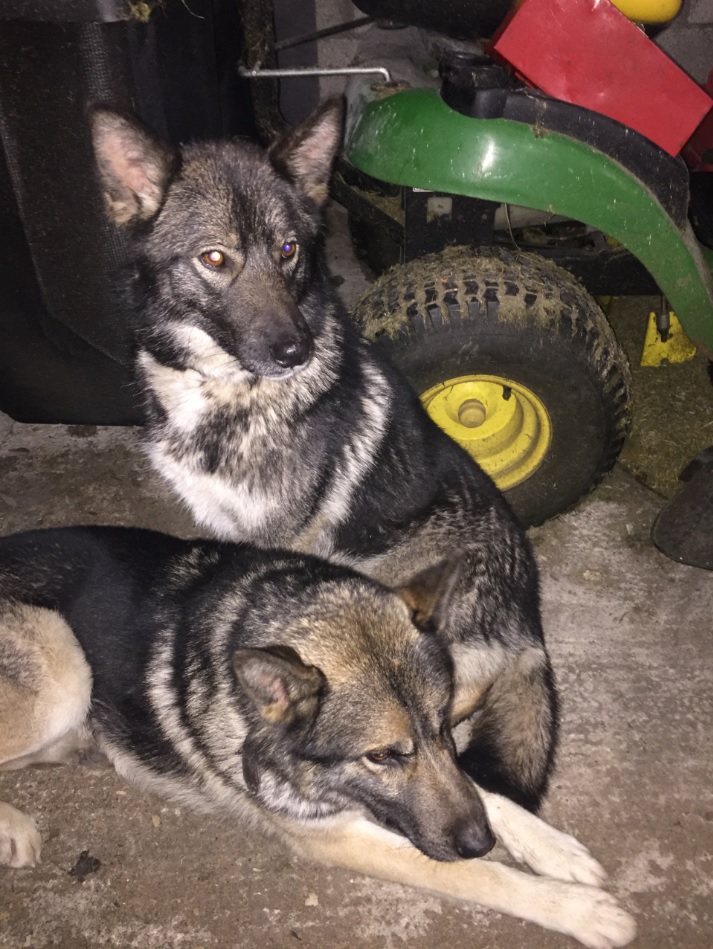 When they investigated further they found that one of their cats had already been killed in the garden.

“Then we saw the marks on the car. The cat must have been up on the roof and the dogs were jumping up to get at it. My six and seven-year-old were very upset over their dead cat,” said Mrs Linehan.

One of her neighbours made contact with James Smith - the son of Neil and Maggie.

“James said the dogs had never done anything like that before and apologised. He said he owned the dogs and was taking them home. He said he was only 18 and would have to speak to his father about paying for the damage. He said he would contact me the next day,” said Mrs Linehan. 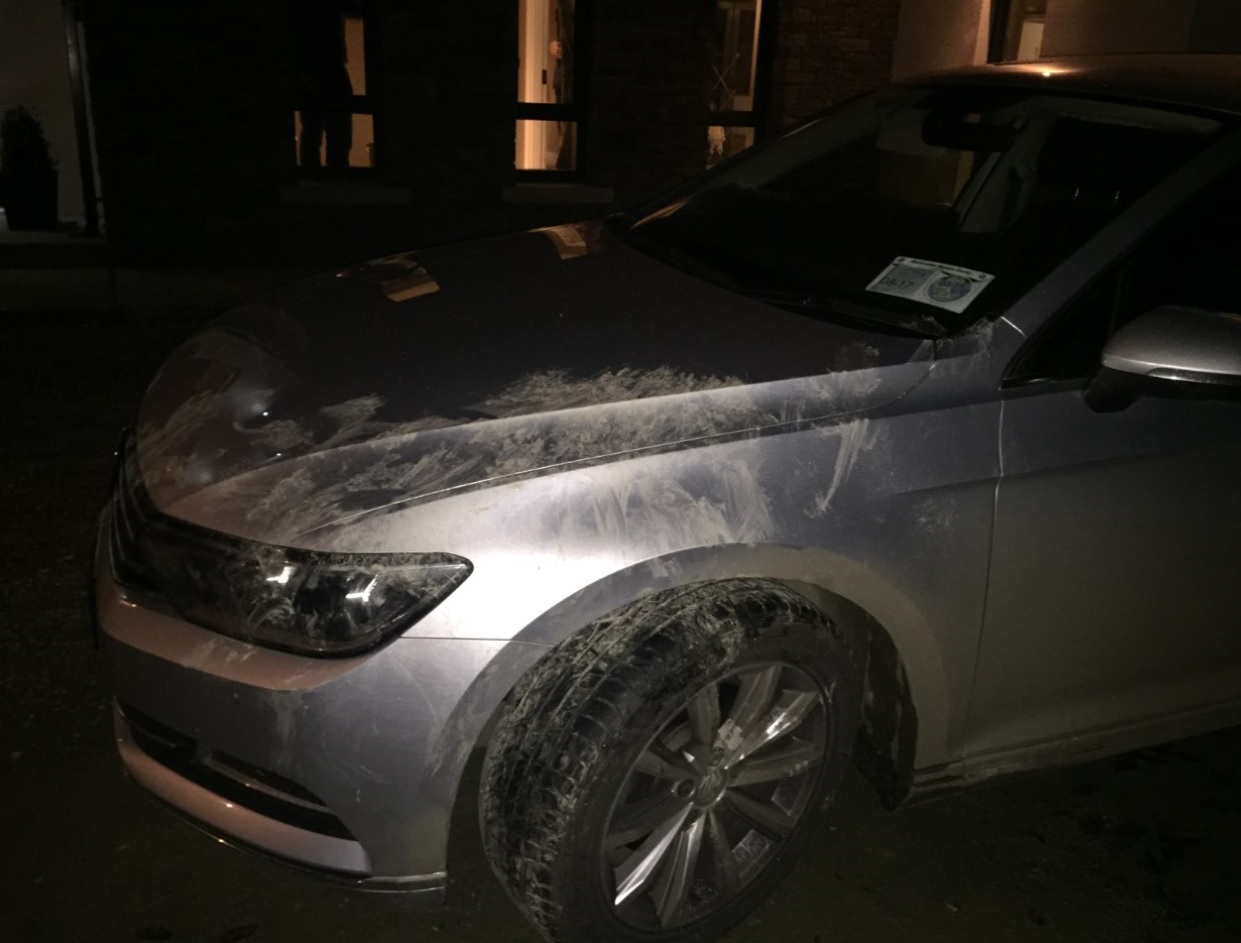 As there was no word the following day she said her husband went to Bruff garda station that night and a garda contacted James Smith.

“James rang at 10.30pm. He said he was at work all day and had no chance to ring. We both agreed that I would take my car to get a quotation to repair the damage,” said Ms Linehan, who went to Blackwater Motors in Fermoy where she bought the car. She was quoted €1,012.96 excluding car hire.

“Mrs Smith did not accept the quotation. She said she had never dealt with a main dealer before and and insisted on her garage fixing the damage. He said he didn’t do bodywork but recommended Ian Brassil in Charleville who quoted me €1,050 including car hire. I gave Mrs Smith the quotation. She said my car was a rust bucket full of scratches and marks. She said said she would not be fixing the damage and I would not be hearing from her again,” said Ms Linehan.

James Smith took the stand and said he had felt “threatened”.

“Mr Linehan said I was very lucky he hadn’t put a bullet in my dogs’ heads. I saw them as family pets. You obviously care for your animals. I felt threatened. Every car has scratches. Ballyorgan is full of trees and mud. I don’t see any hard evidence,” said James Smith. 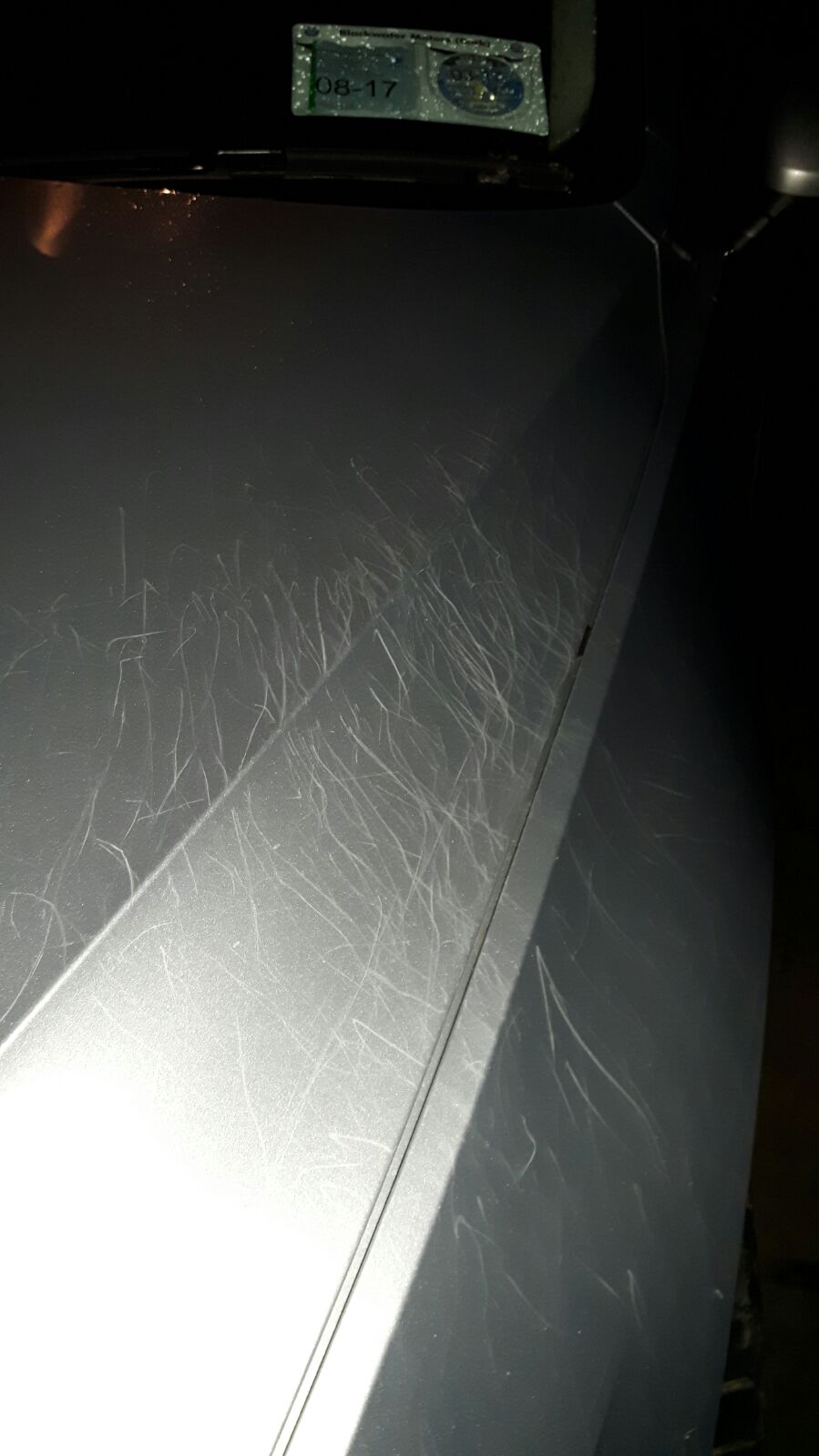 Mrs Linehan asked how he could feel threatened when “your dogs came onto my property, killed my cat, went for my husband, made my children upset and damaged my car”.

James Smith said he did not believe his dogs damaged the car. Mrs Linehan said: “I am not trying to con you out of money. I am an honest person.”

James Smith said:“I am an honest person as well. It is your word against mine. There is no evidence.”

Next to give evidence was Neil Smith who said he had spoken to Blackwater Motors and the scratches could be “buffed out” for €200.

Mrs Linehan said Blackwater Motors “deny that conversation”. Neil Smith said Ballyorgan is a very wooded area. “There are animals like deer, lots of wildlife. There is no evidence that we’ve seen that our dogs are responsible,” said Neil Smith.

Mrs Linehan replied, “They are vertical scratches caused by your dogs.”

Judge Marian O’Leary found for the plaintiff [Mrs Linehan],”making a decree of  €1,012.96 against Maggie Smith.