Limerick schoolboy awarded €12.5k damages after boxes fell on him at supermarket 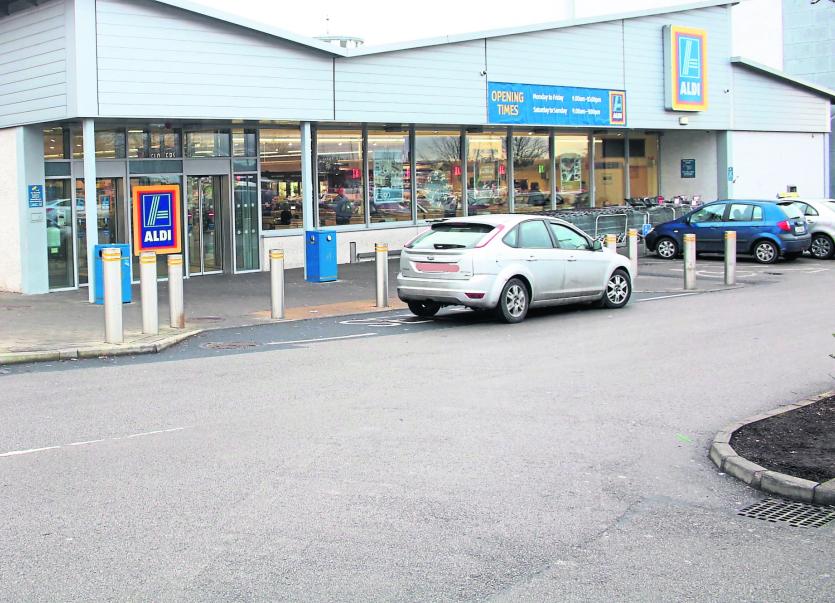 A number of empty cardboard boxes fell on top of the boy at the Aldi store, Childers Road Picture: Michael Cowhey

A LIMERICK schoolboy who “developed a fear of supermarkets” after a number of cardboard boxes fell on top of him has been awarded €12,500 in damages.

Through his mother, the now eight year-old sued Aldi Stores (Ireland) Limited following an incident which happened on January 10, 2015.

During a short hearing at Limerick Circuit Court, Ciara Daly BL said her client was entering the Aldi store at Childers Road when a large number of empty cardboard boxes “struck him and knocked him sideways”.

She told Judge Gerald Keys, that the young boy, who has an address on the southside of the city, sustained some bruising and that he was upset and crying in the immediate aftermath of the incident.

“They were empty boxes, they fell from a height and they gave him a bad fright,” said Ms Daly.

The plaintiff, she said, suffered from Enuresis -involuntary urination -for some time afterwards and developed a fear of going into big shops.

“He finds it very frightening going into shops and large supermarkets,” she said adding that while he has not fully recovered, progress is steady and he is “much improved”.

Judge Keys was told it is accepted the schoolboy “has other stressors in his life” and that in the circumstances the offer of €12,500 by the defendant company was being recommended by his lawyers to the court for approval.

The judge agreed and having considered the matter he awarded the plaintiff €12,500 plus his legal costs.

The judge granted an application allowing for the immediate payout of €500 to cover the cost of replacing two beds which were damaged as a result of the plaintiff’s Enuresis.

However, he refused an application by the boy’s mother for an additional payout to cover the cost of a family holiday. “I’m not disposed to approve a pay out, it’s (the damages) not for holiday purposes,” he said. In  keeping with normal practice, the monies awarded will be invested by the Courts Service and will not  be paid out to the young boy until he turns 18.