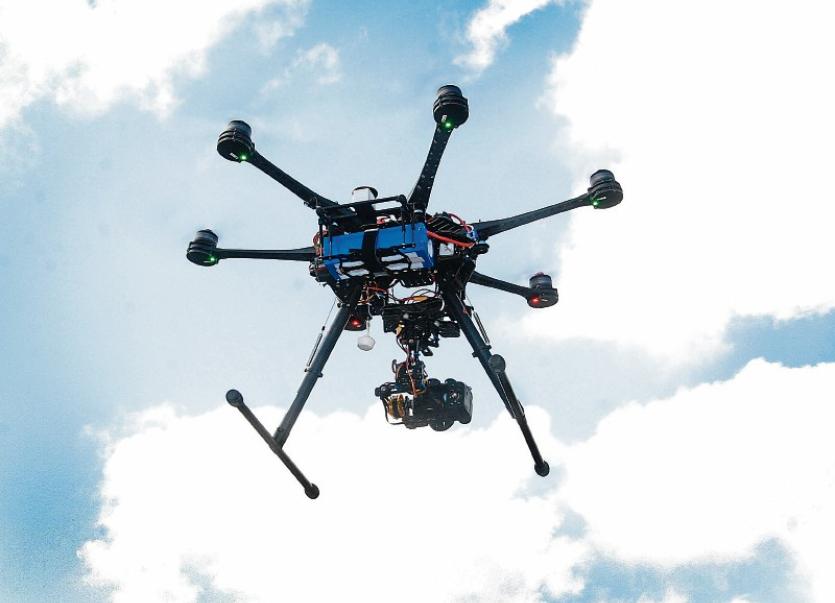 LIMERICK’S Metropolitan Mayor is warning people to beware of ‘unidentified’ drones that may be flying over their property, as the airborne technology becomes more widespread.

Cllr Sean Lynch has received complaints of drones flying over properties in the Patrickswell and Clarina area, and said that he plans to raise the issue with An Garda Siochana.

The increased use of drones in Ireland could prove to be a bad thing, if controlled by someone with sinister intentions, he said.

“This could signal a new wave of criminality. There is an element of society that will unfortunately use them for all the wrong reasons. People just need to be aware, that if they do see one, it may not be a Christmas present, it could be something more sinister,” said Cllr Lynch.

The city mayor is going to raise the issue with Chief Supt David Sheahan at the next Joint Policing Committee meeting with Limerick City and County Council, to find out if rules apply to those flying drones for leisure.

“People need to know the regulation behind drones. There are instances where you have to get permission from the aviation authority and the gardai, and you can’t fly near a prison. The question basically is, if I see a drone flying near my garden, do I have the power to do something about it? That’s something we are going to raise with the chief, to see what the rules and regulations are,” said Cllr Lynch.

The main concern with drones are the cameras they usually tote. “If there’s no camera attached to them, there’s not a lot they can do. But with current technology, you can attach a camera and you can use your phone or iPad to control it, or even just to view if there’s anyone at home, or from a farming point of view, to see if there is anything valuable like quads in the yard. People just need to be a little bit more aware,” said Cllr Lynch.

The mayor also said that parents who may be planning to buy a drone as a Christmas present should familiarise themselves with regulations.

“Parents need to be mindful as well about spying or invading people’s privacy. Drones can cause great interference,” he said.