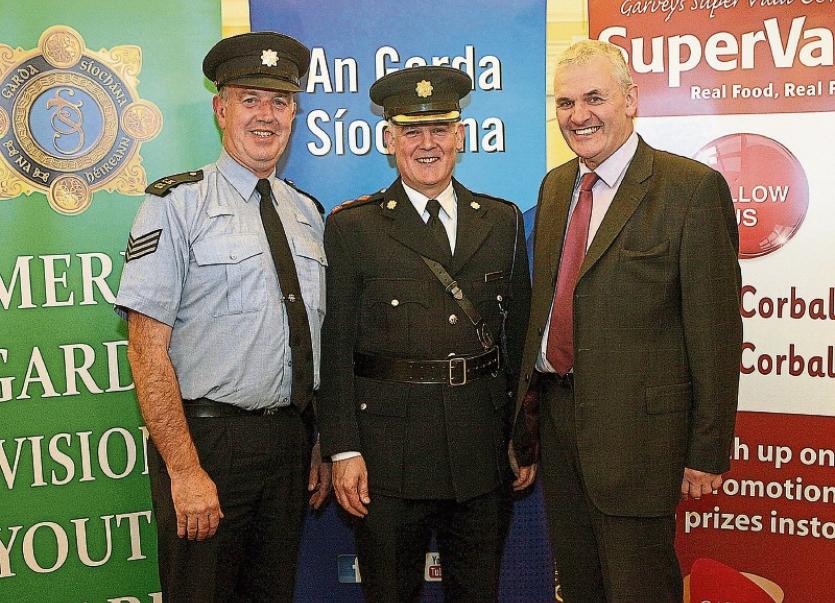 Chief Superintendent David Sheahan with Sgt Denis Woods and Garda Pat Minihan who have achieved the milestone of 40 years' service in the Force | Picture: Dave Gaynor

TWO well-known local members of An Garda Siochana will both reach the milestone of 40 years service this Thursday.

Sergeant Denis Woods, who has been attached to Newcastle West garda station for 27 years, and Garda Pat Minihan, who is attached to Mayorstone garda station in the city, both entered the Garda Training College in Templemore on November 30, 1977.

Of those who were in their class, just a handful remain in the Force.

“There are very very few guards who can now do forty years service because the vast majority of those who joined the Force over the past 15 to 20 years have all gone to college so they were all 22 or 23 and obviously you have to retire on your 60th birthday,” said Sgt Woods who is originally from Glin.

“There have been huge changes in the job especially over the past ten years. It’s all computers now whereas in the past it was a pen and a notebook and that sort of stuff so that has all changed dramatically,” said Sgt Woods who recalls that one of his first assignments after joining the force was during visit of Pope John Paul II to Ireland.

Garda Minihan, who is attached to the Juvenile Liaison Office, says policing in general has changed an awful lot over the past four decades.

“There is so much more investigating after the event now. When I came to Limerick first it was all preventative policing but now it’s kind of investigating and you have more technology available to you with regard to solving crime and society has changed massively too over the past 40 years,” said the Tipperary native who says he still enjoys what he does.

“I enjoy the job I’m at, I enjoy trying to divert young fellas from committing crime and I think there is a massive road for it. It’s very easy to criminalise a child and often it’s not the right thing to do,” he said

While Sgt Woods will retire early next year, garda Minihan says he has no immediate retirement plans.

Acknowleding the long service of Sgt Woods and Garda Minihan Chief Superintenent David Sheahan noted that both have settled down in County Limerick and have also made contributions in the communities in which they live.

"It is a fantastic achievement to reach 40 years' service and they have both made a great contribution during their respective careers," he said.