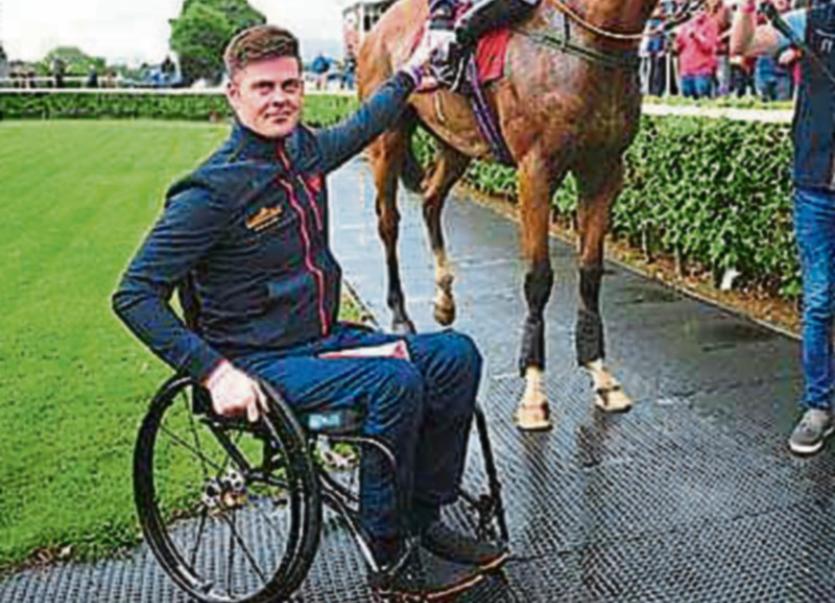 LIMERICK racehorse trainer Robbie McNamara has hit out at the ESB after finding out that he was to a face one of the coldest weekends this year alone with no electricity.

The Croom native, who has been confined to a wheelchair after a devastating fall in April 2015, took to social media to air a “major complaint” with ESB and Electric Ireland.

And within hours of his statement being rapidly recirculated in the Twitosphere, ESB workers were being deployed to fix the problem at his home in Kildare.

In a statement on his Twitter account on Friday evening, he told Electric Ireland that the ESB cut his electricity on Thursday “without warning”.

“[I] was told last week I needed to change the lease into my name which I thought was already done since I moved in a year ago. There was an outstanding bill from previous tenants that I was only made aware of last week, that the landlord dealt with immediately,” the Limerickman said.

He said that he is on his own in a wheelchair “for three days with no electricity or heating”. And though he said that “everything is now in order”, he has been told that services will not resume until Monday “at earliest".

“[I] hope you have a nice warm weekend while I sit in the cold and dark trying to preserve the battery on my phone and doing my utmost not to catch hypothermia on the coldest weekend of the year,” he said.

After a busy working week, Mr McNamara told the Leader as he was returning home that the ESB workers are to meet the jockey at around 11.30pm.

“I don’t have to wear every stitch of clothing that I have,” he said.

“It was a pain in the backside. It was just inconvenient. It’s a busy weekend,” he said, “We are building up to a busy time of the year with the races. I want things to be going well. I don’t need this. I have work early in the morning, and I will be on the go until the evening time.”

He said that he posted on Twitter to “stop them treating people like that on Twitter. It wasn’t for my own, it was for other people”.

“I knew it was going to be a bit controversial when I put it up. I didn’t want to just write them a message on Twitter or ring their customer care, because I had tried all that and I wasn’t going to get anywhere. So, I thought, the only chance I have of getting my power on is making a bit of a scene of it and, kind of, embarassing them into it. And that’s exactly what’s happened,” he explained.

In response on Twitter, Electric Ireland said that they were “very sorry to read of your experience” and that they would contact him during the evening.

A spokesperson for the ESB told the Limerick Leader that they were aware of the matter and that a reconnection is being organised for this evening.