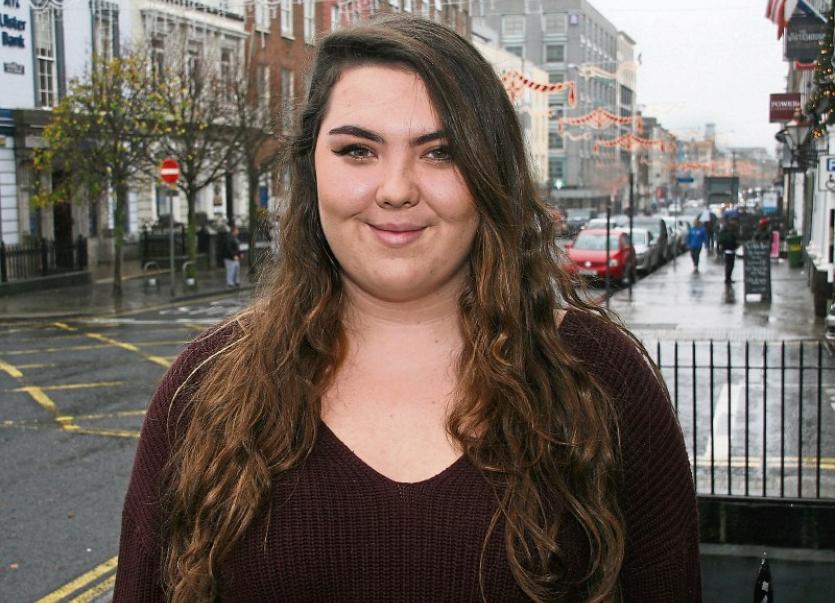 A KNOCKLONG teenager has sailed through Canadian reality TV show The Fashion Hero — emerging as one of the programme’s four winners.

Stacey Dineen, 19, threw her name into the hat after leaving school early at the age of 17, and she bested almost 30,000 people to make it onto the model search show, as one of the final 40.

Four designers were looking for a new face for their brand, and Stacey is about to embark on a campaign for plus size designer Anna Scholz.

“I still can’t believe that I won it. It’s crazy,” Stacey told the Limerick Leader.

The series, hosted by Brooke Hogan (daughter of wrestler Hulk Hogan) and broadcast on Amazon’s streaming service, set out to find models of different shapes and sizes.

“I’ve only watched some of it, I haven’t watched it all, I can’t! I got my friends to watch it and give me feedback,” said Stacey.

“It was my first time being away from home without my family. I made some great friends and then there were also people who were older than me but who were a bit immature. I was the youngest person on the show but I don’t think I was the child of the show.”

The experience of being on reality TV was “stressful”, but it’s all in the name of opportunity, said Stacey.

“It’s a reality show, they do what they can for drama. Every time we were going somewhere, we would be thinking, ‘someone is going to go home’,” she said.

Stacey went to secondary school in Hospital before dropping out to try and make it — a big risk to take at such a young age.

“It has worked out so far, but I still think I’m going to try and get an American high school diploma online,” she said. “I really want to study acting over there, so I’ll be over there anyway. I can see myself living over there, I love it. I think I fit in in America.”

There are so many opportunities in the showbiz industry in the USA, she added, compared to the small pool of gigs here in Ireland.

“Hmm,” she paused, before answering that there are celebrities “who think they’re above everybody”.

“I want to be in the industry but I don’t want to end up like that. I don’t think I will, because I have my head on my shoulders and I think it’s a choice you can make.”

The teenager has some strong views on society’s perception of beauty — at a size 14-16 and standing at 5’9 tall, Stacey has railed against today's impossible beauty standards.

“One of the main things that’s said to me on social media is, ‘why are you a plus size model, you’re promoting being unhealthy’,” she said.

“Even the majority of plus size models seem to have curves in all the right places. I want to see different proportions, different people represented. When you’re looking at a magazine, you’re looking at a photoshopped image of a woman who doesn’t even look like that herself. No wonder people are unhappy with themselves.”