Man convicted and fined over volatile protest at Limerick courthouse 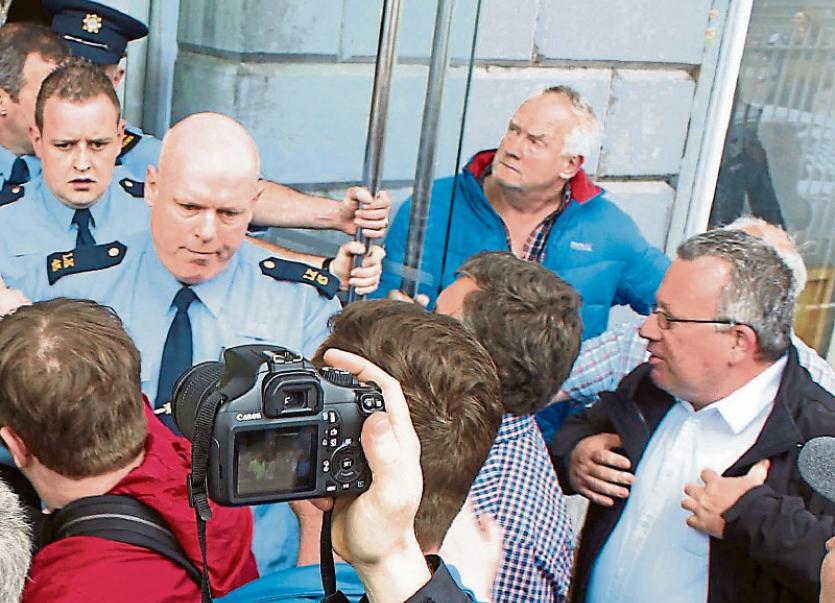 A COUNTY Mayo man has been fined €500 after he was convicted of charges relating to a violent disturbance at Limerick Courthouse during which two gardai suffered serious injuries.

During a contested hearing Joe Doocey, aged 51, of Knocksbarrett, Ballina denied three Public Order charges relating to the incident on May 6, 2016.

Sergeant John Moloney told Limerick District Court he was on duty at the courts complex at around 12 midday when he was alerted to an incident at a repossessions court before the County Registrar Pat Wallace.

Sgt Moloney said one man was restrained and “forcefully ejected” from the courtroom and that the situation deteriorated a short time later.

When he returned to the courtroom he observed “a large number of people chanting and roaring”.

While Mr Wallace attempted to continue with the list of more  than 100 cases, he was forced to rise and adjourn the entire list to another date.

Judge David Waters was told additional gardai were deployed in an effort to clear the protesters who had “attempted to take over the building”.

Describing the situation as volatile, Sgt Moloney said Mr Doocey was one of a number of people who were blocking the main entrance to the courts complex and that when he directed him to desist and to leave under the provisions of the Public Order Act, he refused to do so.

“He was verbally abusive, he told me to go f*** myself. He informed me he did not recognise my authority or my uniform,” he said adding  he also “swung round” at him when he placed his hand on his shoulder.

Mr Doocey, who represented himself during the hearing, disputed that he was blocking the door and he accused Sgt Moloney of using excessive force to remove him from the building.

“I didn’t swing at you, I didn’t give you any abuse,” he said before later insisting he is not a criminal and has never harmed anyone.

Having considered the matter, Judge Waters said he was satisfied the State had proven its case and he formally convicted Mr Doocey of the charges before him.

Another man is currently awaiting trial having been charged in relation to the same protest.