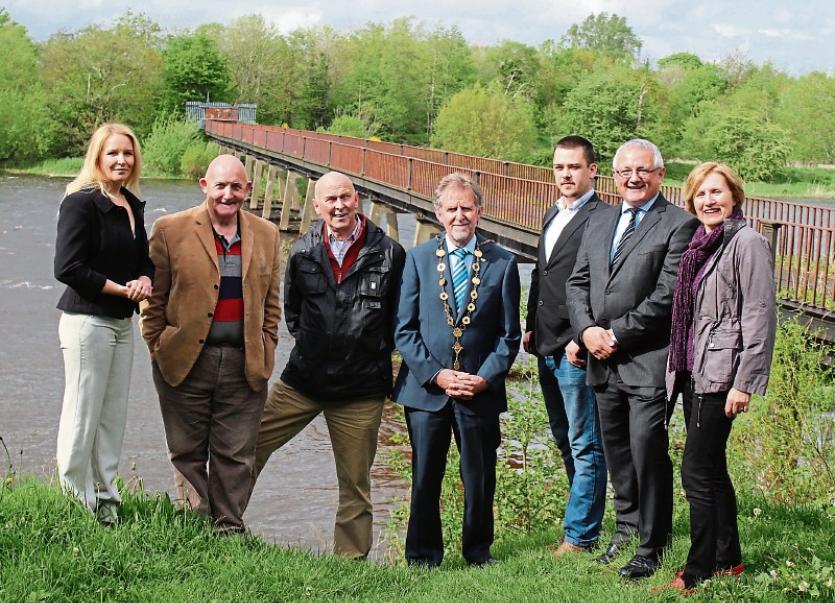 THE prospect of governmental support to repair and re-open the Plassey Black Bridge in Limerick is “very slight”, a council official has admitted.

Kieran Lehane was addressing members of the metropolitan district this Monday following a motion by Cllr Séighin Ó Ceallaigh calling for funding to complete repair works on the bridge, which closed following severe flooding.

“Progress is a small bit slow at the moment. I would hope it would speed up. This idea started from absolutely nothing. In 2014, when I was first elected, the idea of repairing the Black Bridge or looking at it had not happened,” he said.

Council members in City East have put together a €50,000 package, but a feasibility study on the bridge earlier this year showed it would cost €1m to re-open.

He pointed out that the Department of Transport had given council €428,000 for works to repair bridges – but said that this scheme generally only allows for bridges which are used by cars, lorries and vans.

The metropolitan district boss said the council will also liaise with UL, Waterways Ireland, and Clare County Council to see if they can provide some money towards the project.

Cllr Ó Ceallaigh said it is time for Limerick’s local authority to put its own money into the pot, adding: “We’re looking for funding for it, but have not paid a red cent ourselves. If we are going cap in hand, but not giving money ourselves, how ridiculous does that look?”

Cllr Marian Hurley called for a workshop, saying this “tourism and heritage project has great merit.”