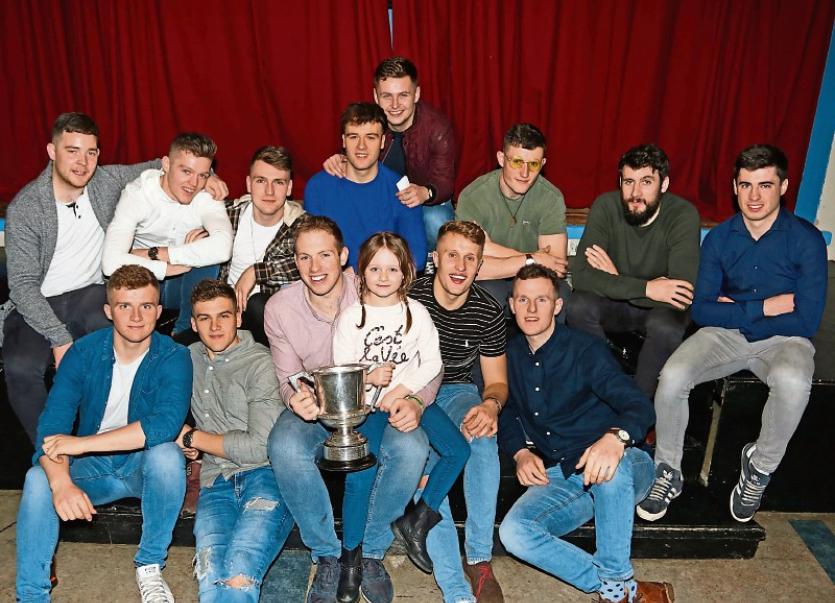 NA Piarsaigh captain Cathall King did not have to say anything to the team at half time of their Munster club triumph over Ballygunner.

Questions were being asked of the Caherdavin club after they found themselves a point down in the Munster final in Thurles on Sunday, having seen Ballygunner have the better of the opening period.

”We have good experience of being put in difficult situations and finding our way out of it. It’s nothing new for us really. We are confident enough. There are a number of leaders in our dressing room already, and if someone has something to say, they will get it out,” he told the Limerick Leader.

The Na Piarsaigh players duly rallied in the second half and ended up running clear as winners by eight points to claim their fourth provincial title in seven years.

This Monday night, the players returned to the clubhouse armed with the Billy O’Neill Cup, where they were granted a heroes welcome.

“We are all elated. It doesn’t really sink in for a few days. But it is really great to bring the cup back to the club. Ballygunner are a serious side, they put it up to us, so it made the win even more enjoyable at the end,” Cathall added.

Unlike many players on the panel, Cathall had to turn in at Gaelcholaiste Luimnigh, where he works as a teacher, the day after the victory.

Hundreds of Na Piarsaigh fans travelled to Tipperary to cheer the team to victory – the club reported three full coachloads, plus hundreds of cars making their way to the Semple Stadium.

“It was great to see. The lads can hear it on the pitch when the fans are giving it everything they have. It means an awful lot to us,” Cathall added.

Na Piarsaigh are now odds-on favourites to repeat their All-Ireland success of 2016 on St Patrick’s Day, with a February date with Slaughtneil of Derry next up.

Cathall said although they do not look too far ahead: “We have spoken many times about how we want to do as much as we can, as we don’t know when the time will come again, that we may not have anywhere near the same level of success.

“While we do have the lads who are interested in giving their time, we must try and make sure we don’t squander it.”

Club chairman Risteard O’Flaherty said: “I’m very proud. The game wasn’t going in our direction, but thankfully we got it back in the second half. I think the team has a belief. Everyone within themselves knew they were going to win.”

With just minutes to go in the game, Ballygunner scored a key goal to make it a one-point match.

But rather than freeze, Na Piarsaigh immediately went up the other end and restored their four-point advantage with a goal from Adrian Breen, before his brother David put a gloss on the scoreline with the last action of the game.

Risteard said this demonstrates the character of the panel.

“You can lie down and let it happen, or stand up and reply in the right manner, which the player did,” he said.

Club stalwart Timmy O’Connor, a former chairman, said it must have been psychologically difficult for Ballygunner to only go in at the break a point clear.

“A couple of switches really worked. Everyone upped their game. They knew they had not played to their potential in the first half, but it must have been a real downer for Ballygunner to go in at half time just a point ahead after they had done all the hurling. Mentally, it must have affected them,” Timmy said.

Mags Brown, the voluntary community centre manager in Caherdavin said: “It is a real community. They are a great family. When the team comes together, they are like one. They do not take it for granted, they only think match-by-match.

Mags’s son Gordon was a late substitute in the victory.

Witnessing captain Cathall lift the trophy was a special moment for young Conor Bermingham, the nine-year-old son of selector Kieran.

“Cathall is my coach. He has taught me lots of things. He’s fun to be around,” he grinned.

For more pictures, see page 21 of the city edition and LeaderSport pages 1-4.