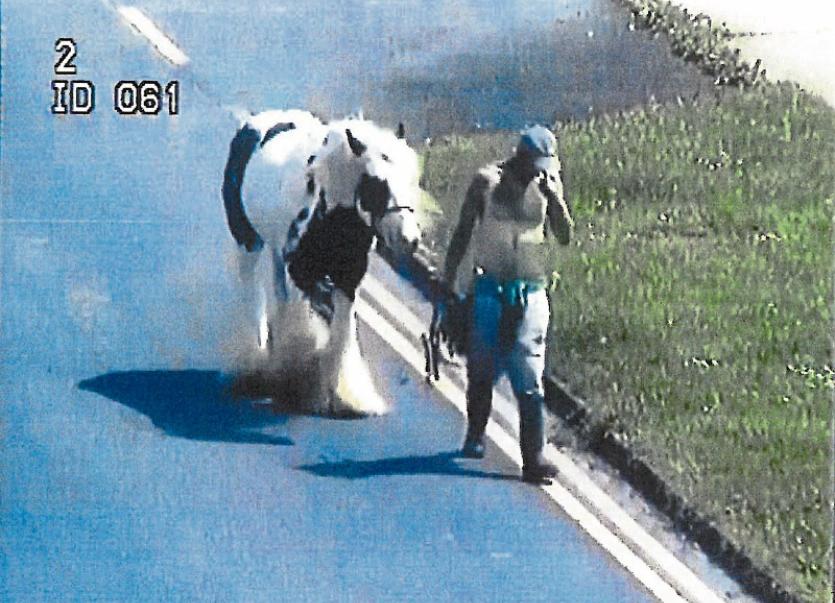 Stills from CCTV footage were produced as evidence during the hearing

A MAN who was accused of walking a stallion “through the centre of Moyross” has avoided a conviction due to a legal technicality.

David McNamara, aged 44, of Cliona Park, Moyross was prosecuted for breaching council by-laws on May 30, 2016.

Limerick District Court was told the defendant was captured on CCTV walking a horse on a public road and footpath before tethering the animal with a long rope on Council-owned lands near his home. 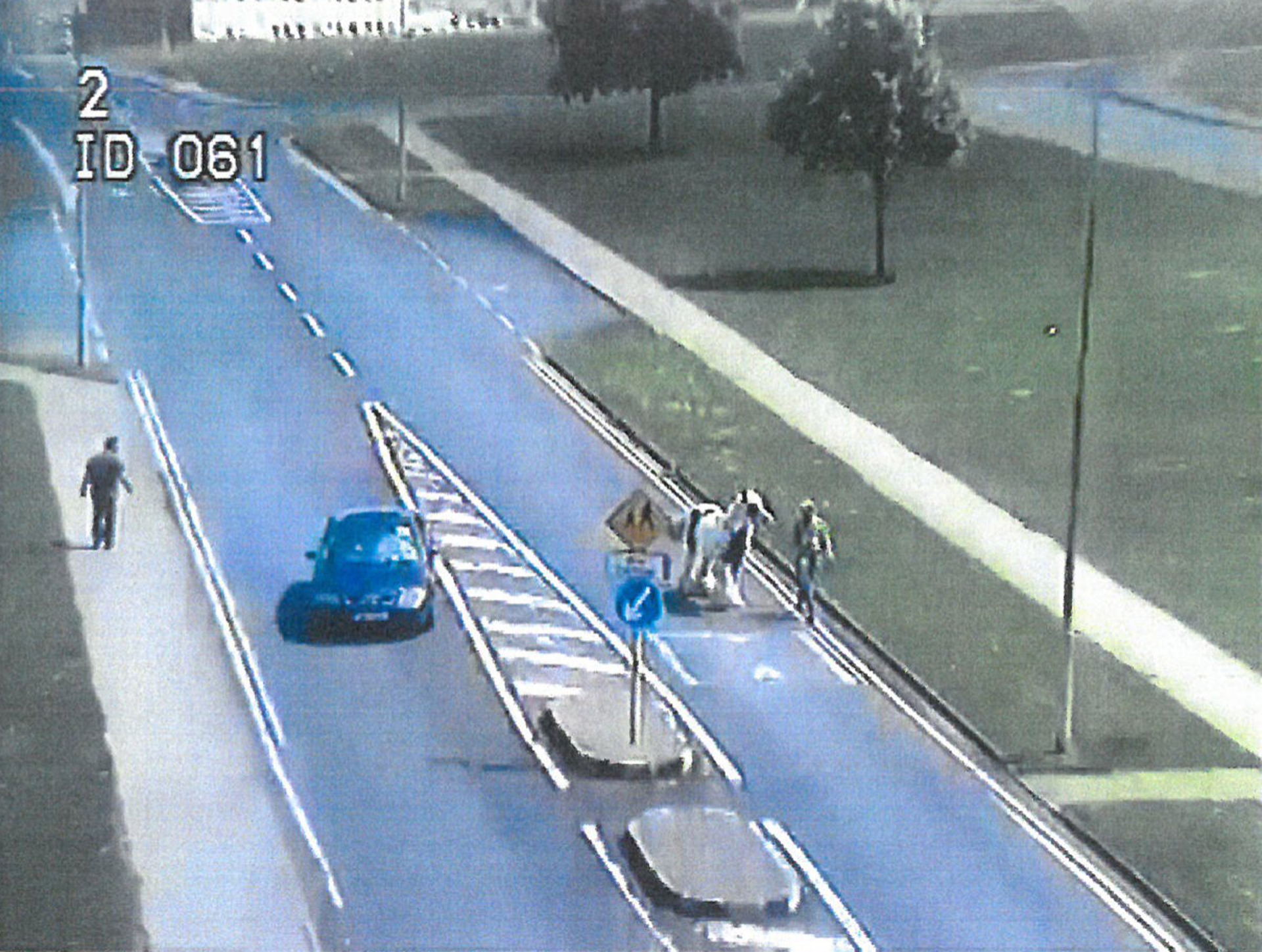 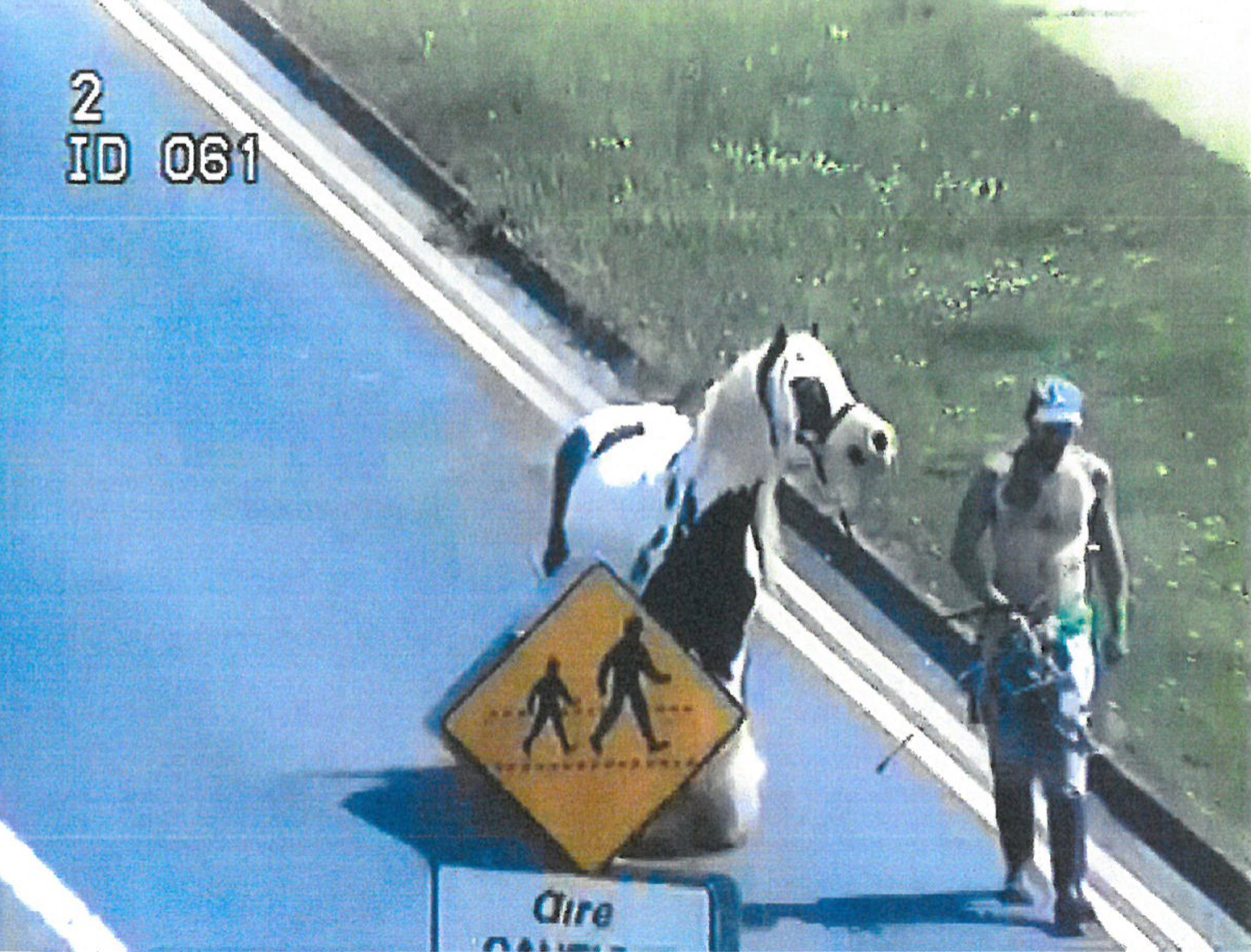 Tenancy enforcement officer, Patrick McDermott, said that defendant did not have a licence to have a horse in the city on the day and that the animal was tethered at a green area near where children were playing.

He said the Council was concerned about the length of the tether as well as the temperamental nature of stallions.

Garda Conor O’Brien said when he questioned Mr McNamara a number of months later, he confirmed he owned the horse and that he was the person captured on CCTV.

He said he confirmed he did not have a licence and that no explanation was offered by him as to why he was walking the horse on the public road.

Barrister David McHugh said his client has been around horses “all his life” and he had taken the horse to see a vet earlier on the day of the alleged offence.

Judge David Waters struck out the proceedings saying he did not have judicial notice of the council by-laws as a copy were not submitted to the court by the State.