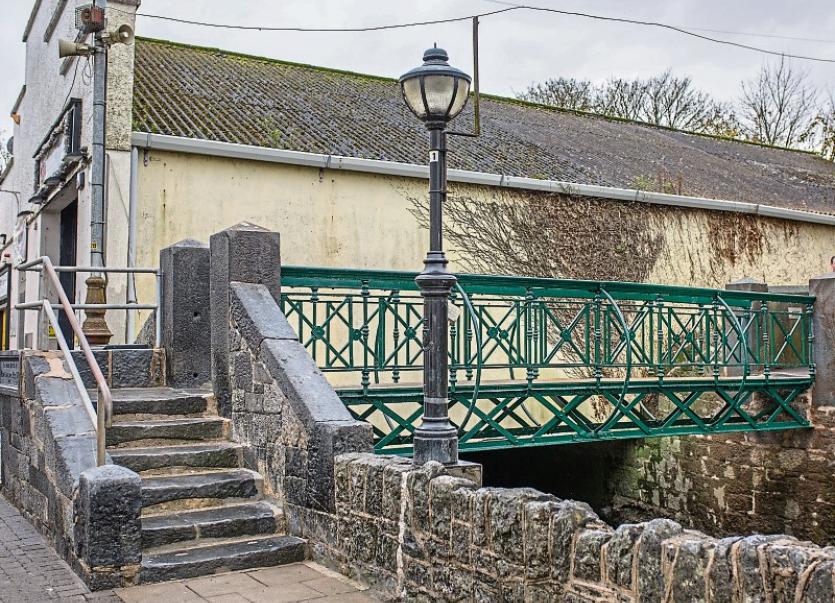 The restored 151-year-old bridge which has been reopened to pedestrians in the county town. Below, the footbridge as seen in a National Library of Ireland photograph from 1903 Picture: Marie Keating

ONE of Newcastle West’s most iconic structures, the footbridge over the river Arra, has been given a facelift and an extended lifeline.

Now, after extensive repairs and several months out of operation, the 151-year-old cast-iron bridge has been reopened for pedestrians in the county town.

The facelift of the bridge was a central part of  a programme of improvements by Limerick City and County Council in the Maiden St, North Quay and Bridge St area of the town.

But when work began, it was discovered that some serious damage had been done to the bridge structure over time. New parts were needed and these had to be obtained from England which delayed the work.

At a meeting of Newcastle West Municipal District last week, councillors welcomed the completion of the project and the ‘unwrapping’ of the bridge to the public.

Maiden St resident and former senator, Mary Kelly is also a keen local historian and has welcomed the restoration of the bridge which she explained dated from 1866.

“It was the Devon Estate that put it up,” she said, adding that it is known locally as  the Curling bridge after Edward Curling who was agent for the Devon estate at the time.

“The objective was to enable people to get from Maiden St and the quay to the church,” Ms Kelly continued.

“It is believed to be a reused piece left over from another project.”

The bridge is of rivet construction, she added. The building which now sits alongside the bridge and straddling the river came much later, some time in the 1930s. 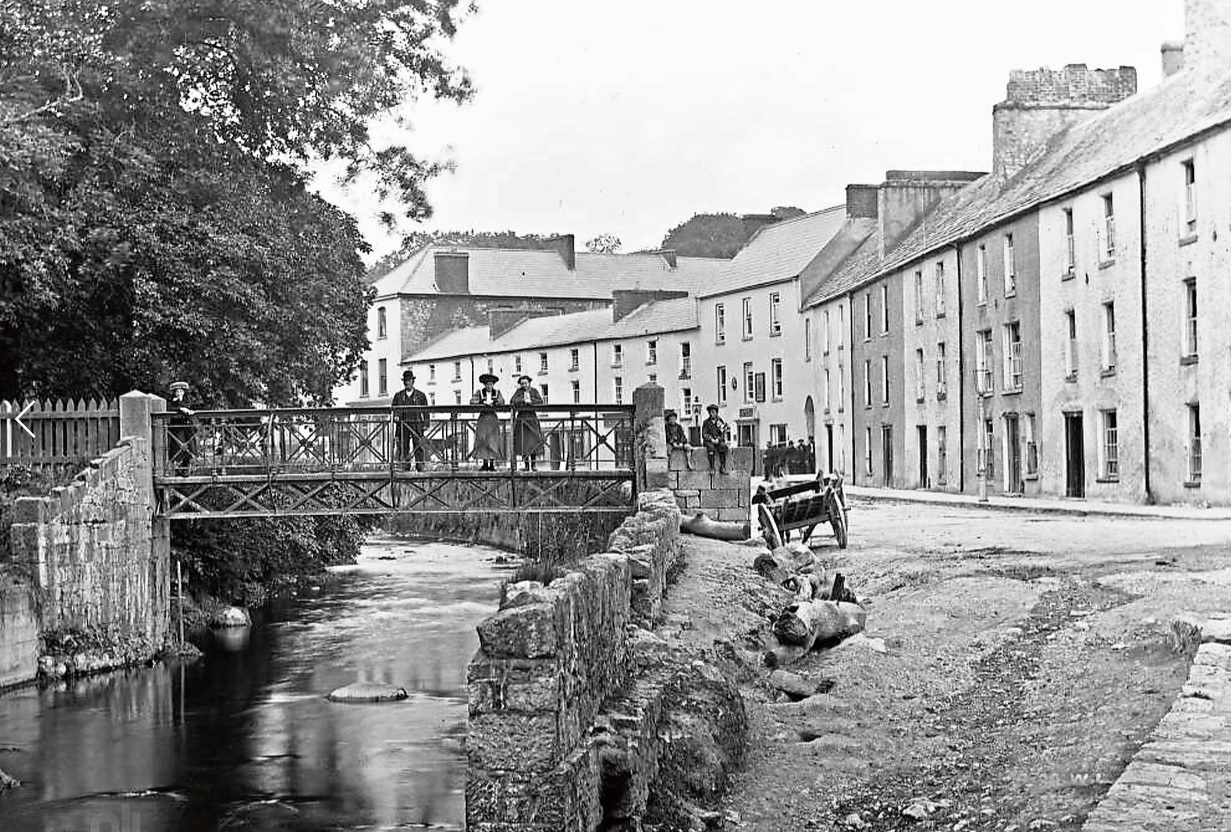 The building which was initially used for a garage business, was built on what was regarded as commonage, Ms Kelly said.

She recalled the last time the bridge had received a facelift was in the late 1980s or early 1990s when the local Tidy Towns committee painted it silver.