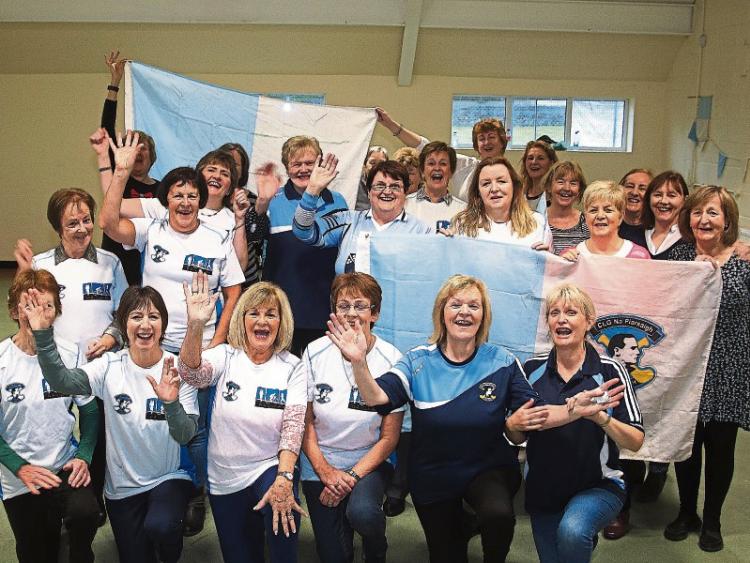 SEMPLE Stadium will be a sea of sky blue as Na Piarsaigh supporters hope to cheer on their heroes to Munster glory.

For the fourth time in seven years, the Caherdavin side will contest the Munster final, against Waterford’'s Ballygunner, a side they beat at this stage en route to All-Ireland glory in 2015/6.

All roads lead to Thurles this Sunday for the showpiece event, throw in 2pm, with the game also broadcast on TG4.

Na Piarsaigh have chartered a number of buses to get supporters to the Tipperary venue, while Irish Rail trains are also expected to be full of sky-blue clad fans.

“I know people think, well, we’ve been here before. But every year it’s different. We’re delighted to get through. As Na Piarsaigh is in the heart of our community, we’ll always support the team. All our children have used the community centre, and they are also great to support us,” Mags said.

This Wednesday, at the Caherdavin Community Centre, the line-dancing club members dressed up in the club’s distinctive sky-blue colours for their weekly class.

One member, Ita Wilson, whose two girls play with the club’s camogie side, said: “It’s very lively here. Everyone is looking forward to it. It’s a big game – and hopefully it will be a big win!”

One man who has a foot in both camps is the head of the Limerick garda division, Chief Superintendent David Sheahan.

His son Conor, 23, is likely to be on the substitutes' bench for Ballygunner.

“We’re originally from Waterford. Conor is a graduate of Mary Immaculate College and is now teaching in Monard. He grew up with Ballygunner all these years. All his hurling was done in that part of the world,” Chief Supt Sheahan explained.

Although he is a “serious fan” of Na Piarsaigh’s achievements, he admits his heart will lie with Ballygunner.

The chief superintendent has had links to both sides on Ballygunner’s journey to the Munster final.

His colleague, Tipperary captain Garda Padraic Maher plays for Thurles Sarsfields, while Roxboro-based officer Brian Culbert is on the management team with Sixmilebridge.

Ballygunner beat both these clubs en route to the Munster final.