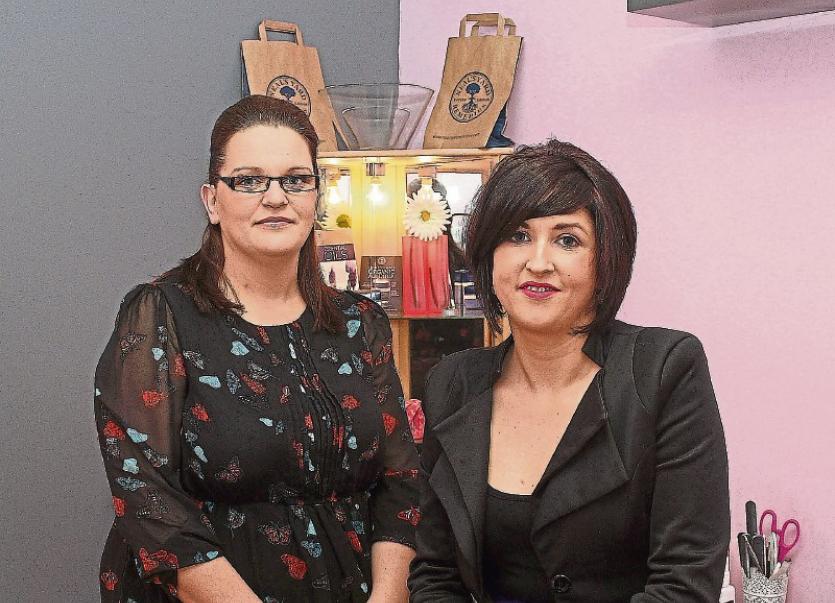 A COUNTY Limerick hairdresser, whose premises has been burgled three times in four years, said she is “nearly immune to it”.

When Lisa Shanahan walked into her salon in Doon and saw that criminals had broken in yet again she wasn’t even shocked.

“I’m nearly used to it at this stage. It’s like ‘here we go again’. I didn’t really take too much notice of it,” said Lisa.

Thankfully only €20 to €30 in coins was robbed during the incident in the early hours of Saturday, November 4.

“I don’t leave anything there anymore. There was only a few coins in the drawer. The first break-in was in November 2013 and the second was October 2016. It’s always Friday nights.

“They must be expecting the takings from the week. They probably  think on Saturday night we would take it with us, but Friday night they would be hoping you would slip up and leave it there. We never leave money there,” said Lisa, who organised a big fundraiser for breast cancer research last year. Doors and windows were damaged during the break-in.

Lisa is moving to Anne’s Shop on Main Street in January and she says it will be like “Fort Knox” due to the amount of alarms and cameras she is installing.

For a number of years, Nessa Maher, beautician, worked in the same premises as Lisa in Doon. She was affected by two burglaries. Nessa gave up her business in August and now works in the city. A big factor in her decision was the crimes.

“I lost around €6,000 worth of stock in the thefts. I spoke to my accountant and after both hits I had to buy everything back – it just wasn’t worth it. There were other factors but the burglaries certainly didn’t help. I am glad I am gone because a third one...

“I feel terrible for Lisa. It is horrible. When she sent me the message about the burglary I thought it was a message from a few years ago that had only come through. I thought she was joking,” said Nessa. Both Nessa and Lisa said the community in Doon were incredibly supportive after each of the burglaries of their businesses.

Deputy Niall Collins said, “Once is bad enough but to be broken into three times is absolutely shocking. The Government say they are encouraging rural businesses but by closing the garda station in Doon they have left business people defenceless.

“The fact one lady closed her business in Doon and is now working in the city is a sad indictment on this Government’s treatment of rural County Limerick and rural Ireland. We should be supporting rural business not leaving them at the mercy of criminals,” continued the Fianna Fail TD.

Doon Community Alert PRO, Francis Cummins said it is “quite worrying that a business can be targeted so much in such a short space of time”.

“The community of Doon will rally around Lisa as they have done before. If anyone saw anything suspicious in the early hours of Saturday morning, November 4 – no matter how small or trivial – they should contact Bruff gardai,” said Francis.