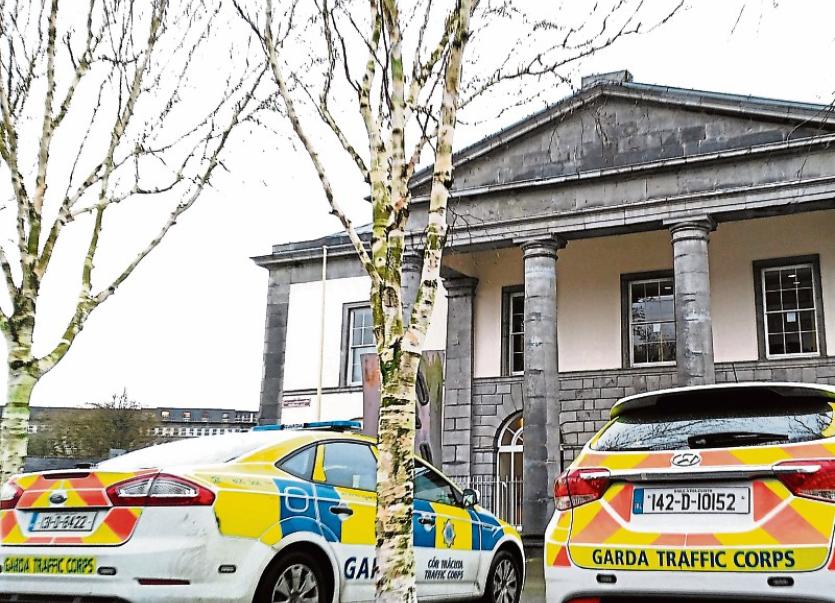 Robert Benn pleaded guilty to multiple offences including criminal damage, trespass and theft. He will be sentenced at Limerick Circuit Court later this month

A LIMERICK man who embarked on a crime spree of wanton vandalism “from the moment he left prison” is due to be sentenced later this month.

Robert Benn, aged 24, who is originally from the Garryowen area of the city has pleaded guilty to multiple charges relating to offences which occurred in November of last year.

Limerick Circuit Court was told that within hours of being released from the Midlands Prison on November 28 – having served a six month sentence –  the defendant returned to the city where he broke into a number of cars which were parked at an apartment complex.

Garda Cillian O'Muineachain said the defendant was not identified as a suspect until after his arrest in relation to a similar incident at another car park three days later.

He said Benn, who has a large number of previous convictions, was arrested after he was found by security personnel “crouching between two cars” after the alarm was raised at around 11.10pm on November 30, 2016.

He told John O’Sullivan BL, prosecuting, the defendant had used a golf club to “wantonly strike to vehicles” and had attempted to open random car doors.

Benn, who had consumed a nagin of vodka, was so intoxicated following his arrest that he could not be interviewed for several hours.

He later identified himself on CCTV footage from the car park but did not offer any excuse for his behaviour.

Garda O'Muineachain agreed that while the damage caused totalled less than €1,000, gardai are concerned that the defendant engaged in such activities so shortly after his release from prison.

Kenny Kerins BL said his client, who has 90 previous convictions, has a “profound addiction issue” and that he had apologised for his actions following his arrest.

He said Benn left school following his Junior Cert and that he became involved with a “negative peer group” and began to engage in substance abuse.

The barrister said their was “no rational behaviour” for his client’s behaviour but that he now realises he has to change his ways as the lifestyle he has led is “unsustainable”.

“There is a marked change in him,” he said adding that Benn is “sick and tired of being inside”.

Judge Tom O’Donnell was told the defendant has conducted himself well since returning to prison and that he is now on an enhanced regime and is engaging with a number of services in an effort to address his addictions.

The judge was told Benn, who is alienated from his family, is polite and courteous when not intoxicated.

“It would be easy to say that all hope is lost. That’s not the case,” said Mr Kerins.

Judge Tom O’Donnell indicated he will impose sentence on November 27, next.