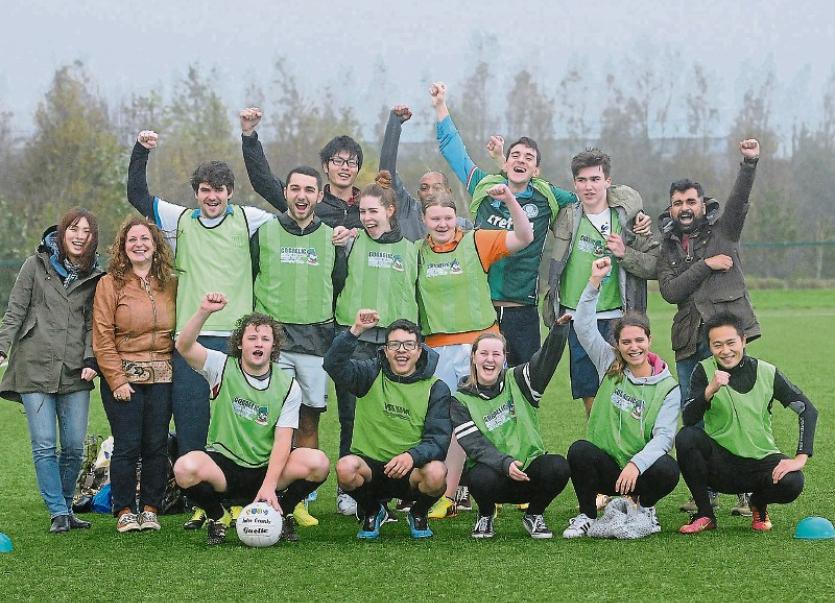 INTERNATIONAL students from higher education institutions all over Ireland have competed against one another in a Gaelic football tournament at the University of Limerick.

The event was organised by the UL International Education Division and ‘Go Gaelic’, a Clare-based company that first introduced the students to Gaelic games through a series of tutorials conducted around the country at the start of the Autumn semester.

Limerick Language Centre were the winners on the day, with the UL team running a close second.

The Shield competition was also won by a Limerick side, with LIT taking the honours.

This is the second year of the tournament at UL and numbers have grown considerably since last year’s event.

Yvonne Crosse, of the International Education Division at UL, said the campus welcomes over 2,000 International students  annually and tournaments such as this are a great way to introduce students to Irish culture.