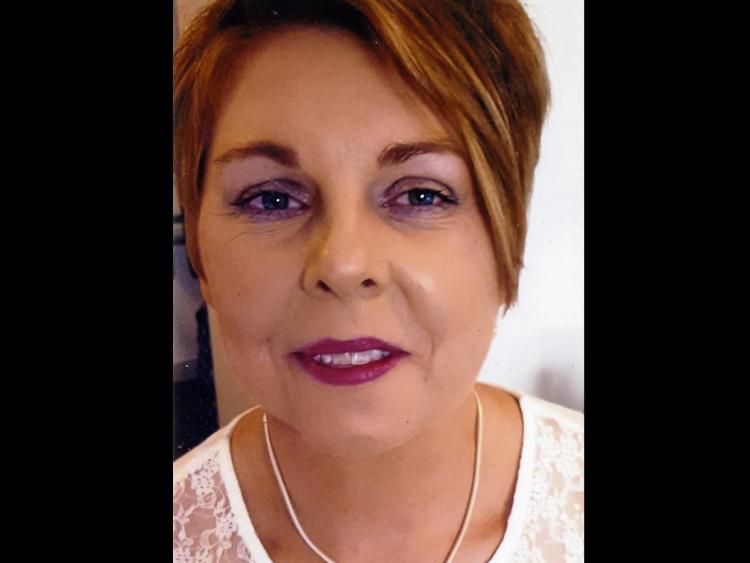 THE PARENTS of a Limerick woman cruelly taken from her loved ones at just 41 have spoken of the comfort knowing that her organs have saved three lives.

Mum-of-two Helen Fahy (née Ryan ‘Luke’) never regained consciousness after suffering a brain haemorrhage at home in Cappamore. Mum and dad, Peggy and Paddy said Helen was “never sick a day in her life bar a cold” but within two days she was taken from them.

Mourners queued for six and a half hours – from 4.45pm to 11.15pm – to pay their respects in one of the largest funerals in Cappamore in living memory.

Amid their grief in the University Hospital Limerick, her family decided to donate her organs following her death in late September. This week they got an update that the three recipients of her kidneys and liver have got “new life”.

“Throughout Helen’s life, the welfare of others was high on her list of priorities. It is comforting to know that by becoming an organ donor this noble characteristic goes beyond the grave,” said Paddy, who has been secretary of Cappamore Show for 58 years.

The letter from Organ Donation Transplant Ireland states that a man in his fifties with a family is doing very well after a liver transplant. One of her kidneys went to a single lady in her fifties who is faring well post surgery. A man in his early forties, who received her second kidney, is “so grateful to Helen’s family for giving him this second chance at life”.

A spokesperson for Organ Donation Transplant Ireland said: “These patients and their families are forever grateful to you and your family for your generous gift. I would like to thank you on their behalf for your brave decision to go ahead with donation at such a difficult time for you all.”

Words don’t come easy in times of grief to Irish men and women but there are no words when a 41-year-old mum-of-two dies suddenly from a brain haemorrhage.

Actions always speak louder. For six and a half hours thousands of mourners paid their respects to the family of the late Helen Fahy from Dromsally.

They came from Cork to Donegal – and everywhere in between – to show their love for Helen and solidarity with her loved ones. She had returned home from work in the Spar in Murroe on a regular Tuesday afternoon. She collapsed and never regained consciousness. Helen passed away in UHL the next day – Wednesday, September 20.

Mum and dad, Peggy and Paddy sit around their kitchen table – the same one Helen has sat at countless times - and share their memories of their only daughter.

“She was a wonderful mother,” said Peggy. “Very caring and jolly – she made a lasting impact on people,” said Paddy.

But their favourite memory is the biggest one – simply having Helen in their lives.

“A day didn’t go by that she didn’t breeze in here,” said Paddy.

“In every day life those characteristics don’t stand out. You take it for granted until something happens, you don’t appreciate it...” he trails off.

Helen was made in the image of her mum and dad – kind, hard-working, community-minded country people. Paddy is highly respected throughout Ireland as the long-serving secretary of Cappamore Show and Peggy for her involvement in the ICA.

Family was her primary concern. She was constantly ferrying Jamie, aged 12, and Aoibhinn, 8, to their many and varied activities. One of their proudest moments was last July when Jamie was a member of the Cappamore Feile team crowned All-Ireland champions. In her youth, Helen greatly enjoyed being in the Girl Guides. In later life, she returned the compliment by becoming a leader in the Boy Scouts movement.

It was heartbreaking to see a joint guard of honour from the Boy Scouts and Jamie’s Feile teammates at her obsequies.

Throughout her life the welfare of others was always at the forefront of Helen’s mind and heart. It continues to this day and will long into the future.

Paddy said: “It is comforting to know that by becoming an organ donor this noble characteristic goes beyond the grave. The latest update from Organ Donation Transplant Ireland is the three recipients of Helen’s organs are making good progress, thereby enhancing their lives and that of their families.”

Peggy said: “We didn’t think five weeks ago we would have had all this in front of us...”

She recalls her only girl as a girl when she played with her brothers and was full of “devilment”. Primary school was in the convent in Cappamore and secondary in the Mercy convent in Doon. She pursued her ambition of becoming a chef by attending catering college. Helen worked for many years in the North Tipperary area. First at the Dromineer Bay Hotel, then Lucky Bags in Kilruane and Country Choice in Nenagh for 12 years.

“For 12 years she was the backbone of all our food production. The two of us worked hand in hand on everything from Christmas puddings to hams. We all got on in Country Choice incredibly well. She came in bad weather and good weather. She managed the whole kitchen. She was an integral part of everything that happened in Country Choice. Helen was just an incredible person to have on a team,” said Peter. Those sentiments stretched far outside the doors of the delicatessen, café and supply business.

“She had huge connections with Nenagh in terms of friends, a massive amount of people would come to visit her in Country Choice - she knew everybody. When Helen was very young and people knew she was a Ryan ‘Luke’ the first thing everybody thought of was Paddy and the show. People have great respect for that family,” he said.

And it was family that brought her back to east Limerick to work. Paddy and Peggy said she made the decision to move to the delicatessen in Murroe so she would have more time for her children.

PJ Holmes, proprietor, put it beautifully: “From the very first day she started, everything just got better.”

“It is with a heavy heart I extend my deepest condolences to all Helen's family and friends. She worked with us for the last two and a half years. She had such a talent for food and a great work ethic.  Everyone loved her - both staff and customers. We will miss her so much,” continued PJ.