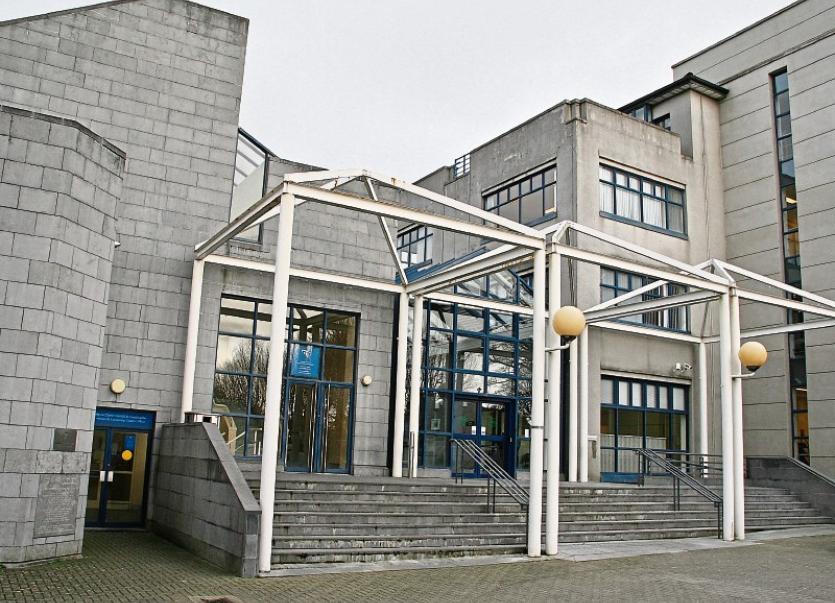 The brothers appeared at a special sitting of Limerick District Court this Monday PICTURE: MICHAEL COWHEY

TWO young men have been charged in connection with a stabbing which left a man needing emergency surgery and 500 stitches to his neck, face and back.

Daniel Harty, 19, and his brother Martin, 20, with addresses at Lisheen Park, Patrickswell, appeared before a special sitting of Limerick District Court this Monday afternoon.

They are each charged with assault causing harm at the Ballycummin Road in Raheen following an incident in the early hours of last Saturday morning. The alleged victim, a man in his 30s, is understood to be in a stable condition at University Hospital Limerick.

Speaking in court, Garda David Godfrey said it's alleged the three accused caused a vehicle driven by the wife of the victim to turn and stop at Punches Cross on October 10 last.

It's further alleged the men - armed with a knife and poles with hooks on the end - began to attack him, while his wife was also hit in view of their child. Then, the man was taken to hospital with injuries to his arms and face.

Garda Godfrey said Martin and Jimmy Harty were also at the hospital, with the 20 year-old treated for "slash wounds to his back".

The court heard around 2:30am on Saturday morning last, the alleged victim was attacked by Daniel and Martin Harty and a third male, who were armed with a knife, machete and a wooden stick at Church Road, Ballycummin, Raheen.

Garda Godfrey said officers took a dying declaration from the man, in which he said the 19 year-old slashed his face with a knife. He required emergency surgery and 500 stitches for stab wounds, primarily to his neck, face and back.

The court was told the incident arose from "long standing dislikes" between two families, connected by marriage, "which have escalated in the past few months".

Gardaí objected to a bail application for Daniel Harty, with Garda Godfrey outlining his belief he is the "central figure in a feud" and will "pursue" it, "regardless of conditions", which may "result in loss of life".

Judge Mary Larkin refused him bail and remanded him in custody to appear again this Tuesday, via video-link.

Martin and Jimmy Harty were also remanded in custody also until this Tuesday morning for bail applications, which the State have indicated they will be objecting to.