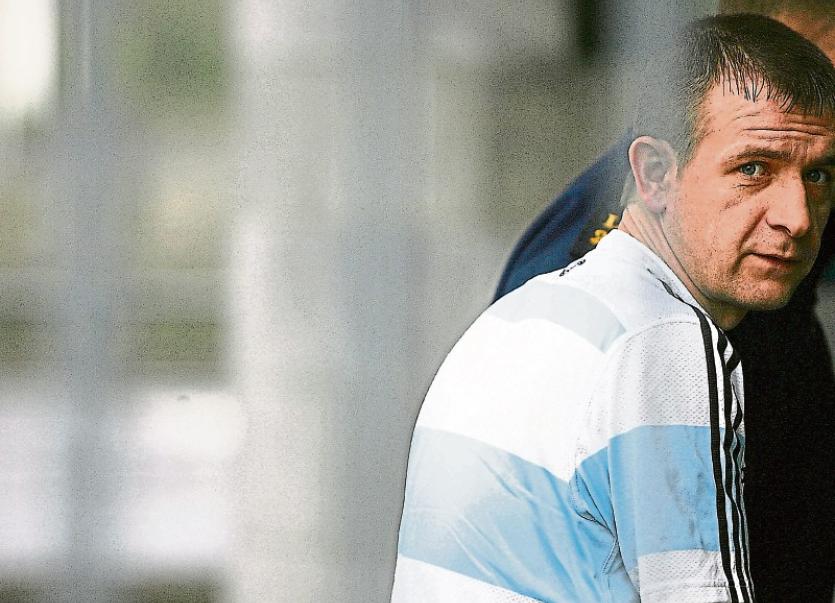 A CHRONIC heroin addict who donned a high-viz vest before attempting to rob a bookmakers’ premises in Limerick city centre has avoided a prison sentence.

John Hayes, aged 44, of Hartigan Villas, Moyross previously admitted entering the Paddy Power shop on William Street at around 8.50pm on August 21, 2013 and threatening a member of staff with a knife.

During a sentencing hearing, Detective Garda Ivan Muldoon said Hayes who was wearing an orange hoodie and a yellow high-viz vest left empty handed after the staff member refused to hand over any cash and pressed a panic button to raise the alarm.

He said CCTV footage was recovered from the premises as well as from a nearby pub where the defendant can be seen putting on the hoodie and hi-viz jacket minutes before the incident.

Hayes, who has more than 180 previous convictions can also be seen returning to the pub a short time after he left the bookmakers premises.

Det Garda Muldoon told John O’Sullivan BL, prosecuting, that the CCTV footage was “very good quality” and that there was a strong case against Hayes, who has more than 180 previous conviction.

Brian McInerney BL said his client was a chronic heroin addict around the time of the offence and that he has no trappings of wealth.

However, Hayes says he is now off drugs and has engaged with various services since the incident.

Imposing sentence, Judge Tom O’Donnell noted that the vast majority of the defendant’s offending was for the “sole purpose” of getting money to fund his drug habit.

He said the matter before the court was serious given the fact that a weapon was produced and that there was a threat of violence.

The judge commented that a probation report was positive and that Hayes was in a much improved physical condition that he has been in the past.

While expressing some concern that the defendant is still involved in substance abuse, he said was willing to give him a chance.

He imposed a three year prison sentence which he suspended for three years.