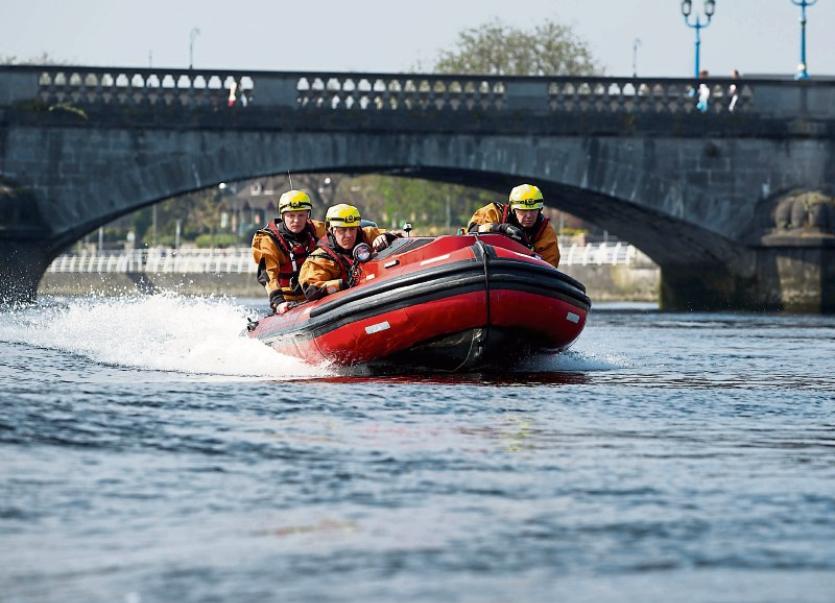 The rescue boat, Fire Swift, was launched to respond to the incident

AS Storm Brian raged this Saturday, emergency crews were called this afternoon to kayakers making the most of incremental weather conditions on the River Shannon.

However, the incident proved to be a false alarm, with no bad intent.

Just after 3pm, Limerick City Fire Service were mobilised by the Munster Regional Fire Control to a report of a kayaker in difficulty in the Curragower Falls.

But upon arrival, fire service swiftwater rescue technicians made contact with the experienced kayakers who advised they were not in difficulty.

“The call was considered a false alarm with good intent,” said a spokesperson.

Separately, members of Limerick Fire Brigade responded to a call of woman being stuck in her car on O’Callaghan Strand at 8.51 am – a short time after the high tide, which caused some flooding in parts of the city in proximity to the river.

Another high tide is due at 8.26pm this Saturday night.