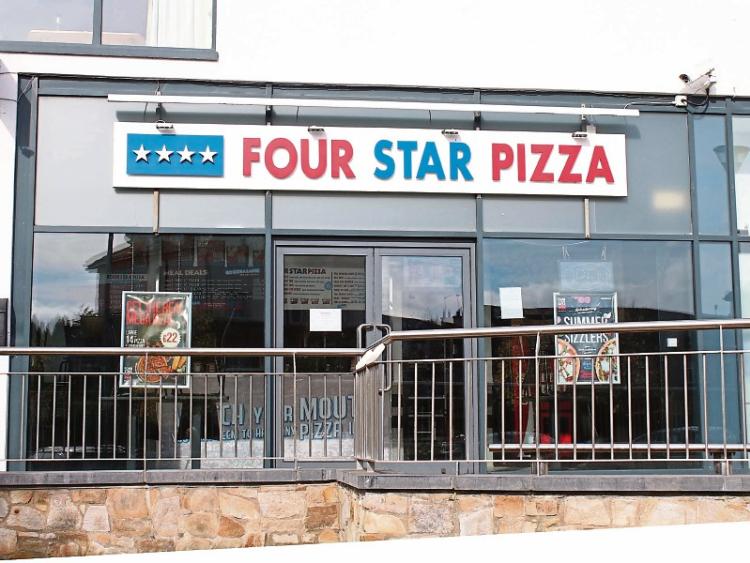 LIMERICK gardai are in pursuit of a pair of sophisticated criminals who carried out a carefully crafted burglary in which thousands of euro was stolen from a safe at a city restaurant.

Two men in balaclavas, armed with a number of tools, broke into Four Star Pizza at the Ashdown Centre on South Circular Road at 2am on October 9, just two hours after it shut its doors for the night.

It is understood that, prior to disengaging the alarm systems, the culprits disconnected the phone lines by cutting wires in an ESB manhole in the car park.

It is also understood that after breaking through the entrance using a crowbar, they then used a con saw to break open the safe, from which they stole a large quantity of cash.

It was also reported that chemicals were used to gain access to the tills in the city take-away. According to a source, “extensive damage” was done to the shop as well.

It is also understood that Sunday night is the quietest time in the area, in terms of late night traffic, footfall and business activity.

After leaving the manhole open, the burglars carefully placed a traffic cone next to the void to prevent members of the public from falling in.

A spokesperson for An Garda Síochana told the Limerick Leader that gardai are investigating the incident which they said is ongoing. No one has been arrested at this stage, he said.

As a result of the incident, the phone lines at the Ashdown Medical Centre were cut for a number of days, meaning a large number of patients had difficulty contacting the clinic.

Four Star Pizza did not wish to comment on the matter.

Anyone with information is asked to contact Roxboro Road garda station at 061 214340.