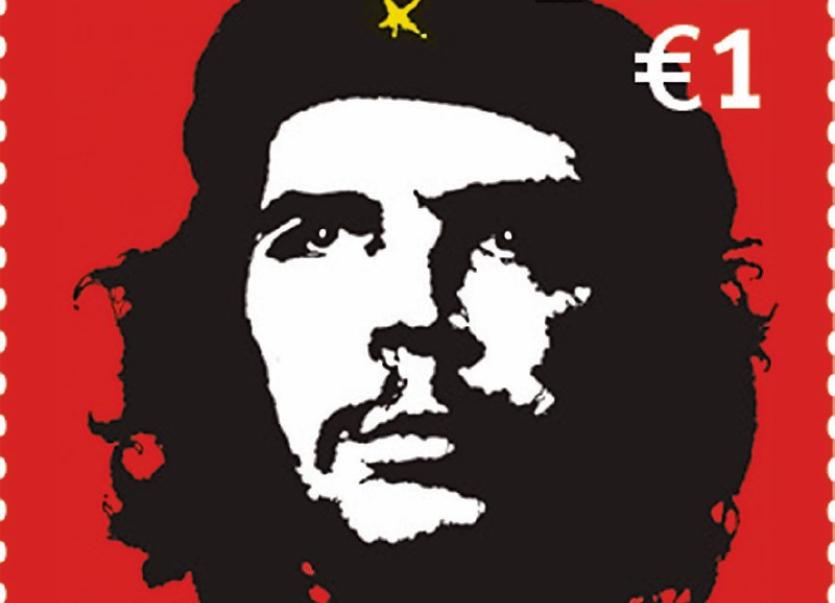 CHE Guevara’s visit to Limerick in 1965 was romanticised by many.

But, 52 years later, and with the benefit of hindsight, do the people of Limerick still see him as an iconic figure deserving the privilege and status of being put on an Irish stamp?

The 50th anniversary An Post €1 stamp which has caused much controversy this week, features a famous image of Guevara designed by Dublin artist Jim Fitzpatrick.

Guevara, originally of Irish descent, helped Fidel Castro overthrow the US backed dictator Batista. He has been described by many as a “terrorist” and “murderer” while others have said he was a “freedom fighter” and a “hero”.

Jimmy Griseto, who is originally from the United States but has been in Limerick since 2000, has a personal interest in this story.

“I have a Cuban friend who emigrated to my hometown of Chicago at the end of the revolution and when I told him about the stamp he became upset,” he explained.

At 10 years of age and after the revolution, Mr Griseto’s friend left Cuba  to emigrate to his uncles in Chicago and didn't see his parents again until he was 21 years of age.

“I had to explain the Irish connection to my friend, he just couldn’t understand why somebody in another country would put Guevara on a stamp, as he is not a type of figure to be looked up to, he was a scary guy.”

Mr Griseto’s friend maintains Castro and Guevara “were filling the decks” as many of those killed were teachers, solicitors and doctors who posed a threat to the revolution, “but there was no threat as the revolution was over”.

"I think this guy is way over romanticised, it's unbelievable that nobody ever speaks about what this man did. I realise he does have an Irish connection but I can think of 100 other people that can be memorialised on a stamp. I can’t believe that An Post didn't hear any of these stories and that they would disregard them.”

Limerick Cllr Emmet O’Brien has described the commissioning of the stamp as a “national embarrassment.”

“I think it's outrageous that a mass murderer, terrorist and Marxist who has no connection to this country would be put on a stamp of this country,”said Cllr O’Brien.

He believes that the decision to commission this stamp is a sign of cultural Marxism that needs to be stopped.

“It sends out a mixed message to American investors which employs over 9,000 people in the Shannon region from foreign direct investment. I know it's very trendy to be fan of Che Guevara but when you investigate what he did he was a very brutal man who executed people.”

“We should be very proud of the fact that Che had Irish ancestry. He is a hero not just in Cuba but to oppressed people throughout the world. He forged a new society in Cuba that despite huge economic obstacles and financial terrorism from the US has managed to deliver health and education system systems that rank with the best in the world."

"People complaining about this new stamp have no idea about the nature of the Batista dictatorship which Che helped to overthrow. They also ignore the huge love and respect in which both Che and his comrade Fidel Castro continue to be held by the Cuban people. He was and is a hero to the Cuban people, and to millions of people around the globe. We should be very proud to have his image adorn our national postage stamp,” he said.

Cllr Cian Prendiville believes that the historic link between Che Guevara and Limerick is something that should be “commemorated and celebrated.

“He not only opposed injustice from the US and capitalism, he also criticised the dictatorships in the Soviet Union and it’s only right that he should be commemorated,” commented Cllr Prendiville.