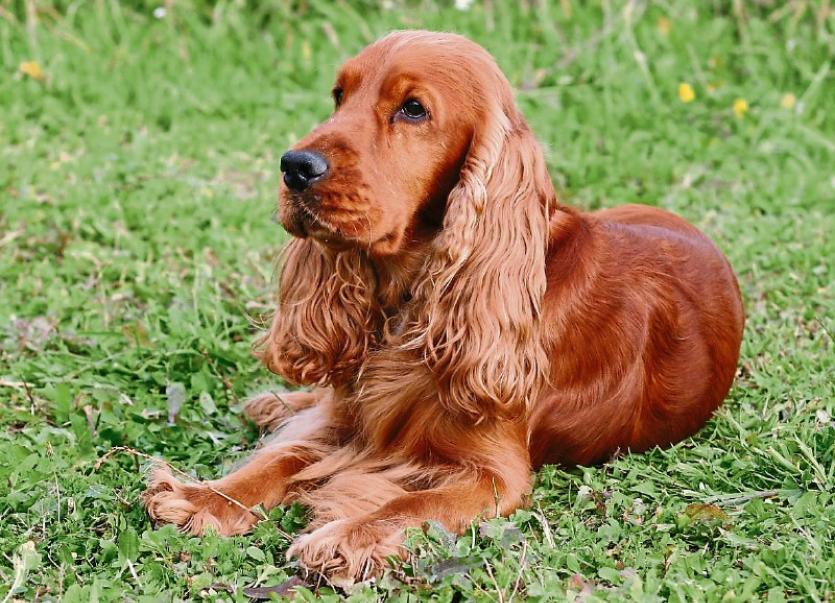 A FATHER and son in Limerick have been breeding from their 60 dogs while failing to secure the necessary registration from the local authority, because of the poor facilities in which they keep the animals.

Stephen Vaughan and Michael Vaughan, both with an address at Ashford, Ballagh, County Limerick, appeared before Newcastle West court this month for their failure to comply with dog breeding legislation, and have been given two months to rehome 40 of their dogs.

The Vaughans’ farm has been inspected a total of eight times. At the most recent inspection, August 4, 2017, there were “up to 60 adult dogs” — some of them male studs, but mostly females. The breeds included labradors, beagles and cocker spaniels.

According to the Dog Breeding Establishments Act 2010, anyone who keeps more than six females over six months old, capable of being used for breeding, needs to apply to the local authority as a breeder.

Limerick City and County Council veterinary officer John McCarthy, who carried out the inspections, said that the local authority “tried to work with the Vaughans” in securing registration.

Mr McCarthy inspected the farm eight times since 2015 with the aim of helping the men to comply so that they can become registered.

He told the court that on some occasions, he “didn’t get cooperation from Stephen Vaughan”.

The veterinary officer said: “My view is that it is a commercial business.”

He told the court that the dogs were living in three sheds divided into pens, which were “too small” for the number of animals.

They were also “unclean” and “ventilation was very poor” in at least one of the kennels.

Mr McCarthy said that he was “concerned about the care of the dogs”, that they were confined for long periods of time, and a number of times he “noticed dogs without access to drinking water”.

He understands that the Vaughans sell the puppies locally, and do not export them to the UK as is commonly done in other cases.

At the most recent inspection on August 4, the Vaughans had made some minor changes. He had applied for registration and had built new kennels, but the court heard that they were still too small.

The new kennels were suitable, but only for up to 20 dogs, the court heard.

Breeders are also required to keep records relating to the sale of puppies and the breeding, as there are rules under which breeders may only breed from a female a certain number of times.

During the last inspection, the Vaughans failed to produce any records.

The court heard that the Vaughans never set out to be breeders, but rather that they are into hunting, and the number of dogs they kept increased gradually.

Mr McCarthy said that the “cross-breeding of dogs would be in vogue”. Judge Marie Keane agreed that the breeds are “sought-after puppies”.

All they’ve done is build a few new sheds that are not suitable, she said.

“These are all very marketable dogs,” said Judge Keane.

She added that she is “mindful that there’s a market for these dogs at Christmas, and a market for beagles in the hunting season which begins in November.”

The case was adjourned until November 30, and the men were asked to reduce the number of dogs to 15 breeding females - which means that they are tasked with rehoming around 40 adult dogs.

The judge also asked for the decommission of the old sheds and the modification of the new sheds.

The men must produce records for the next court date, and their vet must meet the council’s veterinary officer.