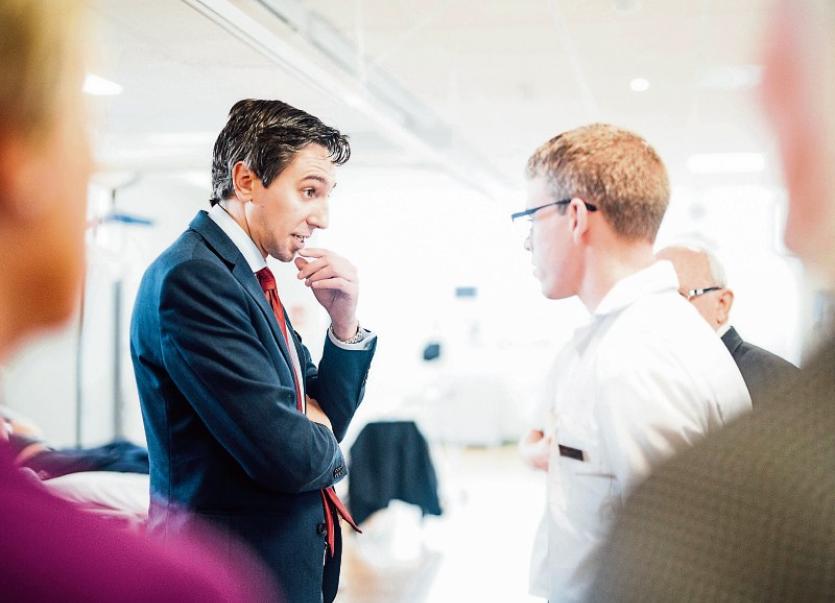 WHEN MINISTER for Health Simon Harris said that the opening of the new emergency department at University Hospital Limerick was the “start of a new chapter”, what exactly did he think was going to happen next?

When he visited the old, cramped facility in November 2016, he then understood the memo that had been circulated to his predecessors that a new emergency department was urgently needed.

And at the launch in June, he was hopeful that the ED was going to vastly improve the overall hospital experience, in terms of high-quality patient care, working environment, privacy, and dignity.

However, at no point did the minister, who is known for his meticulous vocabulary stand up and promise that the overcrowding rate would deflate or dissipate immediately.

And neither did the hospital. In fact, their narrative was the opposite of what the public had expected. They predicted a 10% — or 6,400 — increase in annual patient admissions.

On top of that, emergency consultants had said that the overcrowding problem will persist if UHL does not fix its bed deficit problem, which is why management is seeking an additional €25m for a 96 acute bed block in Dooradoyle.

But it seems that the minister didn’t get that memo or, at least, understand it.

Instead, within four weeks of launching the ED, he writes a scathing e-mail saying the that problem had worsened “rather than improved as per their expectation/undertaking”.

It’s evident that there was no such expectation. But let’s be clear, to see 902 patients on trolleys in September alone is incontrovertibly shocking.

Patients attending the ED end up being treated on trolleys because they can’t access any of the 400 inpatient beds at UHL, which are consistently at 110-115% occupancy.

The hospital’s latest initiative to deal with the problem — a 17-bed short stay unit — is also fully-occupied.

But since being deployed, it has reduced the trolley numbers.

So is Minister Harris so naive to think that the ribbon he cut was made of magical matter that would eradicate overcrowding?

It is regrettable that patients are on trolleys, but overall quality of care has been optimised by the medical advancements, extra staff, increased spaciousness, and improved privacy. And that is thanks to the €24m.

But if the minister is trying to achieve a blank spreadsheet of trolley figures to justify his multi-million euro investment, then perhaps he needs to reread UL Hospitals’ memo.

And that will be made known within the next two months, if the Government decides to include the much-needed 96 beds in its capital plan.