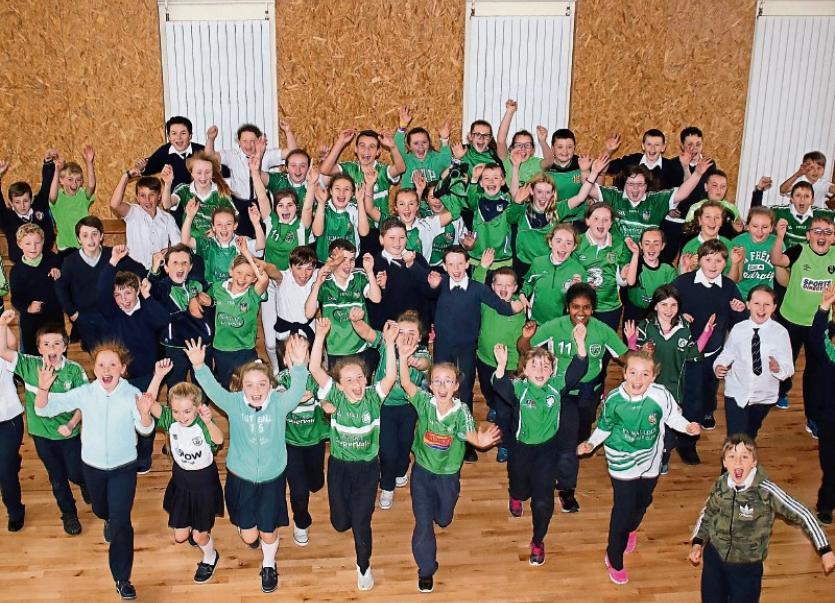 IF YOUNG Pierce Connery’s confidence is anything to go by then Kilmallock are on course to reclaim the Daly Cup after a three-year wait.

“We’ll beat them by five points, I’d say,” says the 12-year-old of his side’s opponents on Sunday.

Scoil Mocheallog student Pierce is going to the game with his dad Steven - Kilmallock GAA club chairman - and his younger brother Cathal, 9.

While the astute sixth-class student is confident of a Kilmallock win, he doesn’t underestimate the strength of Na Piarsaigh

“I think Peter Casey, Shane Dowling and William O’Donoghue pose the most threat,” he explained.

Fellow sixth-class student Kaelin O’Donnell will also be in the Gaelic Grounds for the 3.30pm throw-in on Sunday,

“I’m going with my parents Johnny and Aisling,” said the 11-year-old whose favourite player is Paudie O’Brien. “We had a green jersey day on Tuesday and there are flags all around the school.”

Kilmallock captain Liam Hurley said, “Getting to any county final is huge for the town and especially this year with the new development happening in the club - it’s a boost to the whole thing.”

Planning permission has now been granted by Limerick County Council for a state-of-the art new facility on the Kilmallock GAA club grounds.

Sunday’s game will be televised live on TG4. and follow the Leader’s GAA correspondent @JeromeSport on Twitter for updates. Kilmallock also contest a County Junior A hurling semi-final against Rathkeale this Saturday at 3.30pm in Clarina.