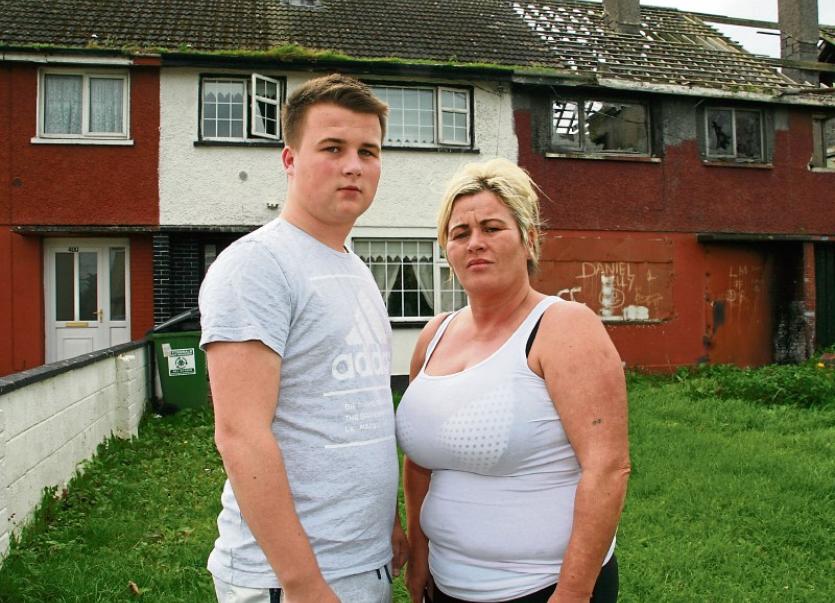 Son and mother, Dillon Collins and Mary-Jane McCarthy, who are calling on the council to remove rats from their home Picture: Adrian Butler

A YOUNG pregnant Limerick woman has said that she is afraid to bring her newborn child into her council home, after repeatedly expressing concerns over a rodent invasion in recent weeks.

Melita Collins, 21, who lives with her four brothers and sisters and her mother Mary-Jane McCarthy in O’Malley Park, is due to give birth within the next two weeks.

However, she has told the Limerick Leader that she is extremely anxious about bringing a baby into the family home because of an ongoing invasion of rats and mice. The family say that pest control have been at the house three times in recent weeks.

“I have seen the rats out in the back mainly, but you would also see the rats and mice in the house. I saw them in the sitting room just two weeks ago," she said.

“And it’s a bad situation especially with a new baby coming into the house. It’s frightening, the thought of bringing a child into this house, especially when the winter comes. It’s very frightening because you don’t know what would happen. The child would be in his cot and you wouldn’t know what’s going around, especially with mice and the rats. You would be afraid, it’s bad,” she added.

She said her mother was frustrated and is forced to clean animal droppings in the kitchen each morning.

“She is always trying to clean the house. It is very depressing, and it is mortifying,” Melita said.

Ms McCarthy said that her children are “very upset” with their living conditions and have been calling on Limerick City and County Council to provide improved accommodation.

The family live next to two boarded-up and burnt-out houses. The mother said that they can still smell smoke from the gutted buildings.

She said that the situation is “so mortifying” that they invite guests through the back of the house and not the front.

She said that a tube that connects to the dryer in the kitchen has been “eaten away” by some of the rodents in the house.

The council did not respond to a request for comment.