Cheat the Street: Points deducted from some taking part in Limerick game 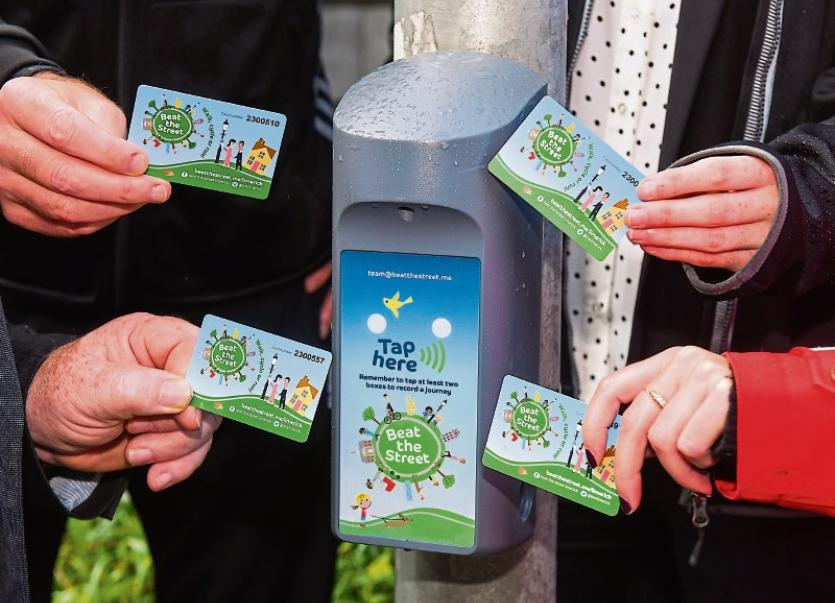 The Beat the Street initiative has attracted more than 11,000 participants and continues until November 1

THE organisers of the Beat the Street initiative in Limerick have confirmed they have begun deducting points from individuals who they suspect have been cheating at the game, which aims to promote walking and cycling.

It has emerged that a small number of the more than 11,000 participants have been travelling by car to beat boxes which have been installed at locations across Limerick city.

A number of participants have also been observed ‘tapping’ multiple cards at beat boxes – accumulating points for other players.

Phelim Macken of Limerick Sports Partnership – one of the key partners in the Beat the Street initiative –  says it’s disappointing that some people have been caught cheating.

“The idea is to get children involved in exercise and to get them out walking and cycling and we have seen loads of parents and we have seen grandparents out around the city since the game began,” he said, adding that there are reports of people cheating in other cities where the game is also being played.

Mayor of the Metropolitan District, Cllr Sean Lynch, says it is sad that some people have chosen to cheat in the game.

“Beat the Street has been a fantastic initiative for Limerick, it’s about having fun and getting people – young and old – out and being active by cycling and walking,” he said.

“The message needs to go out that people can’t be driving around. It’s giving the wrong message to kids and I would appeal to people to play the game in the way it’s supposed to be played,” he said.

Running until Wednesday, November 1, Beat the Street sees schools, businesses, families, charities and individuals across Limerick competing to see who can walk, run, cycle or scoot the furthest.

Since the game began last last month, participants have completed more than 200,000 swipes across the network of beat boxes.

According to the organisers the total distance travelled by those taking part so far is more than 80,000km – well above what had been expected.

Intelligent Health – who are delivering Beat the Street with support from Limerick Sports Partnership, which is being funded by Limerick City and County Council, Sport Ireland, Healthy Ireland and Dormant Accounts - have said they will donate up to €900 to Limerick Suicide Watch if local players travel 65,000 miles or around 105,000 km during the seven-week challenge.