Mum accused of shoplifting in Limerick refused bail after objection 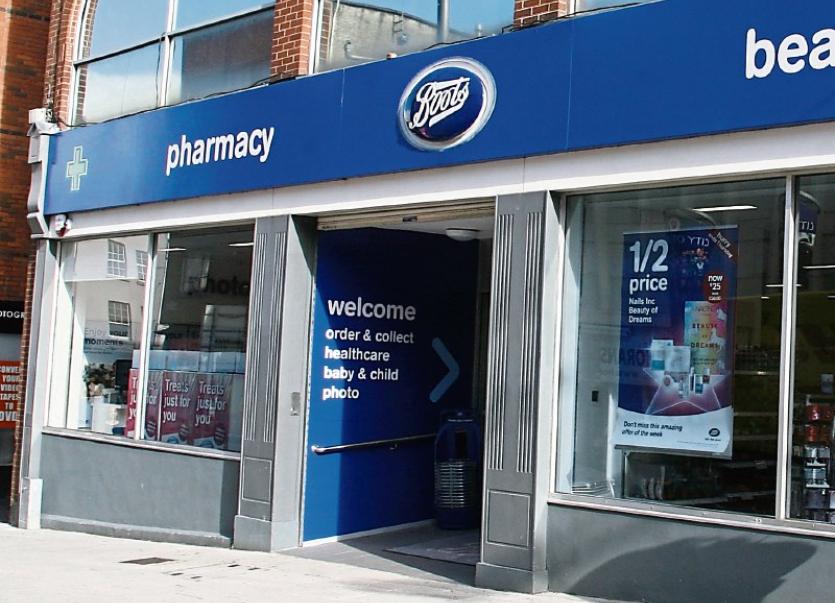 Donna Carroll is accused of stealing various items, worth a total of €270, from from Boots William Street on two separate dates in June and September. She was refused bail

A YOUNG mother who is accused of multiple shoplifting offences in Limerick was refused bail after gardai expressed concerns she would continue to offend if released.

Donna Carroll, aged 23, of no fixed abode, was brought before Limerick District Court after she was charged with six counts of theft relating to alleged offences in the city in recent months.

The defendant, who has two young children, is accused of stealing various items, worth just over €500 in total, from stores including Boots, William Street; Eason at the Parkway SC, Argos, Cruises Street; Harry Cory and Lloyds pharmacy.

Opposing a bail application under the provisions of the Bail Act, Garda Kevin Motherway said it will be alleged by the State that the defendant was identified as a suspect in each case from CCTV and that she made admissions in relation to some of the offences.

In addition to the alleged recidivism of the defendant, he said gardai were concerned Ms Carroll would not appear in court if released on bail.

Garda Motherway said a file will be prepared for the Director of Public Prosecutions in relation to the offences and that the matter “is likely to proceed on indictment” at the circuit court where the maximum sentence is ten years’ imprisonment.

However, being cross-examined by solicitor Tom Kiely, he agreed no decision has been made (by the DPP) and that it would not be the norm for shoplifting offences to be prosecuted on indictment.

“If you were a betting man, would it be fair to say it (this case) will proceed on a summary basis?” asked Mr Kiely who said even if his client is prosecuted and convicted in the circuit court, she is unlikely to receive a lengthy prison sentence given the nature of the alleged offences.

Garda Motherway added that Ms Carroll is a recovering heroin addict and that she is currently abusing Xanax tablets.

”I have no doubt in my mind that she will continue to commit further serious offences in order to feed her habit,” he said.

In evidence, Ms Carroll told the court she was willing to abide by any bail conditions imposed by the court including living with a relative who has an address in County Limerick.

The defendant, who denied she is addicted to Xanax tablets, told the court she has let her children down in the past and that she is trying to make efforts to turn her life around.

Urging the court to grant bail, Mr Kiely said his client was willing to obey a nightly curfew and sign on at a local garda station if released on bail.

He said Ms Carroll had a “tragic start in life” and that if one were to write a book about her upbringing it would make for “horrendous reading”.

He said his client has been involved in “very negative” relationships in the past and that she is “susceptible to pressure from others”.

He said she has been making efforts in recent months to distance herself from her peer group and has been trying secure accommodation outside of Limerick. She has also attended rehab.

“She is doing her best,” said Mr Kiely.

Having considered the garda objection, Judge O’Leary said she was refusing bail as she believed it was “reasonably necessary” to prevent the commission of further offences by the defendant.

The matter was adjourned to this Tuesday, October 2, to allow gardai seek directions from the Director of Public Prosecutions.