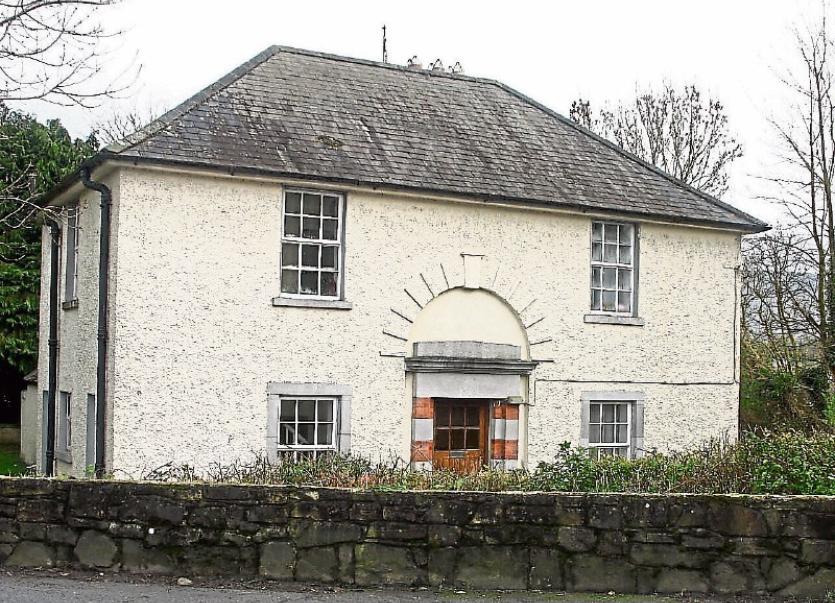 OVER €100,000 in potential rates has been lost as result of a former garda station lying idle, a prominent local auctioneer has revealed.

Two former Limerick garda stations were the subject of discussion on the national airwaves with local representatives calling on the Office of Public Works to take action on their future use.

Concerns were raised that Edward Street garda station in the city - which has been lying idle for 30 years - along with Galbally garda station have fallen through the cracks.

The station in Galbally was closed in 2013 as part of a nationwide cost-cutting programme.

“While it was closed as a garda station in 2013 it’s only idle about two years. They were two guards living there as couple, married with their child and they have gone back to live in Limerick,” Cllr Ryan told the Leader this week.

“I have had two different guards who want to rent the house and I have tried on a number of occasions to try and get this house let to a serving garda in the district.

“We had two gardai there and we were delighted with them. The station wasn’t open but if almost felt as if it was because we had a garda presence.”

In a statement, the Office of Public Works said that “the station in Galbally is being prepared for public auction early next year.

“The board of works could sell it as part of a lot of six or eight of them together whereas somebody might love to buy it as a home,” said Cllr Ryan.

“It’s something that is going to be discussed with the community council to see if we can make a case for holding it for community purposes.

“If it’s definitely going to be sold, we would like to think that the community is going to get a consideration for it as well.”

Meanwhile, well-known auctioneer Pat Kearney of Rooney Auctioneers raised concerns over the former Edward Street garda station  in the city which was once an RIC barracks and has been lying idle for 30 years.

Speaking to reporter Brian O’Connell for the Sean O’Rourke Show on Radio One, Mr Kearney said that he could not understand why the three- storey, building was still vacant.

“I approached the Board of Works on a personal basis, not as an auctioneer, several times over the past few years and declared an interest from myself to buy it,” he explained.

He said that he was told by the OPW that if they were going to sell it, it would have  go to public auction. “I said I would welcome that and go to any public auction and put in my bids.”

Mr Kearney  said that he was told over the past 10 years that they were negotiating with Limerick Corporation and that they were buying it “but nothing seems to have happened.

“If the Board of Works' mindset is to hold onto buildings and do nothing with them - that’s sacrilegious, that’s shameful.”

Mr Kearney, who, in a past life was a garda himself was first stationed at Edward Street garda station in 1961, aged 19 years.

He explained that at the time, single gardai were obliged under regulation to sleep in the station.

“I slept in that station for four years,” Mr Kearney pointed out.

During the radio feature, at the site of the former city garda station Mr O'Connell described how two men had arrived at the building and started to deal drugs.

Mr O’Connell later told Sean O’Rourke that Mr Kearney explained off air that if the building had been sold for commercial use “you’re probably looking at well over €100,000 over the last 25 to 30 years which have been lost in rates to the city.”

Mr Kearney said that he and other auctioneers have “lists of people who are looking for accommodation in Limerick  at the moment and failing to get it.”

In a statement, the OPW said the station on Lord Edward Street “is in the final stages of transfer to Limerick City Council and this is expected to conclude shortly”.