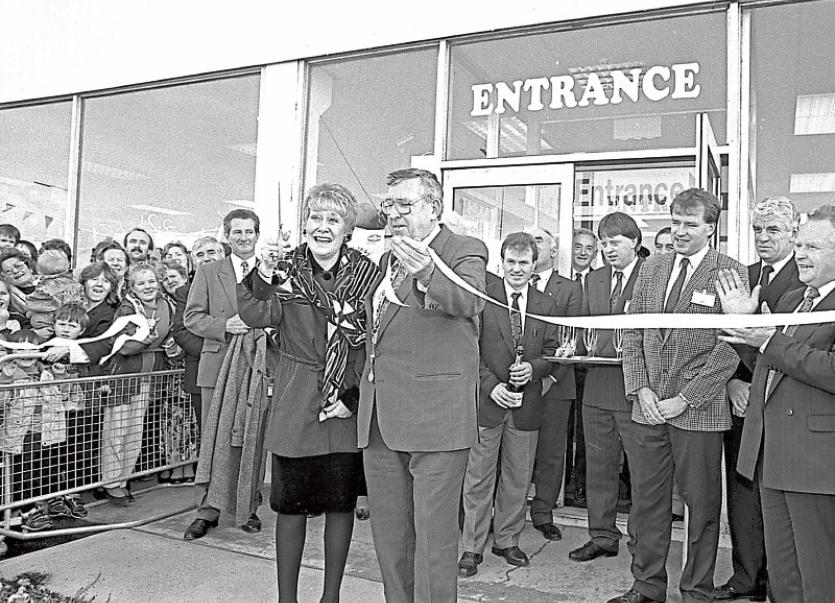 Legendary actress Liz Dawn, who died this week, opens the Co-Op store in Raheen during her visit in 1991 alongside then mayor Jim Kemmy, who passed away 20 years ago this week

IN a heart-rending story never before told, loveable actress Liz Dawn made a private visit to Milford Hospice to give cake to sick patients when she was in Limerick.

Liz, who played battleaxe-with-a-heart Vera Duckworth in Coronation Street for 34 years, sadly died this week aged 77 after a battle with emphysema.

Back in 1991, the soap legend was invited to Limerick to open the Co-Operative Superstore in Raheen.

Southern Advertising boss Dave O’Hora, who arranged the visit, revealed the kind-hearted actress made a private visit to the hospice to cheer up some of its patients.

Taking up the story, he said: “She stayed in the Castleoaks Hotel in Castleconnell the night before, and we took her to dinner. We had found out it was her birthday the day before, and gave her a cake.” 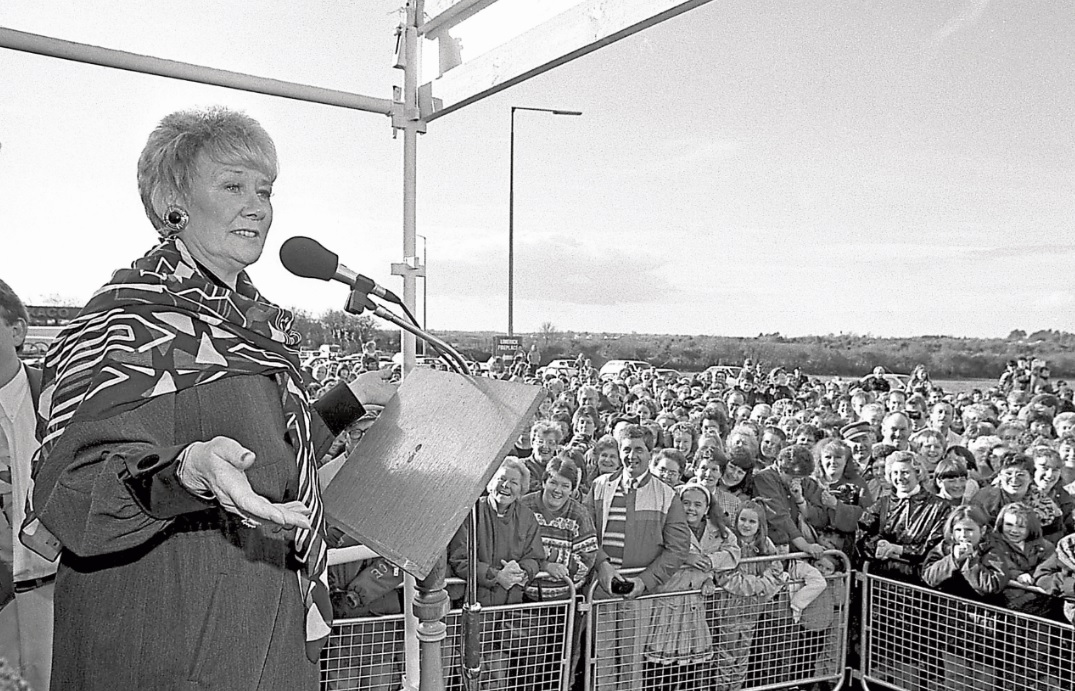 Rather than enjoying the cake with the gathered party, including her husband Donald, Dave revealed Ms Dawn – who appeared in over 2,000 episodes of Coronation Street – had other ideas.

“She called me aside and asked if there was a hospice or a children’s home nearby. She said on condition there be no press there, she’d like to go there and give them the cake. So we went to Milford Hospice and gave everyone a slice of cake,” Dave recalled.

Dave described the actress, who left Coronation Street in 2008, as “a national treasure”.

“She was a super woman. A really wonderful woman. Just down to earth and so normal,” he told the Leader.

On her visit to Limerick, Ms Dawn received a reception from then mayor Jim Kemmy, before being driven towards Raheen in an open-topped bus, where 4,000 were waiting to greet her.

But en route, the party stopped at Bowman Street, as Dave felt it bore a resemblance to Coronation Street.

There, she surprised Mary Deegan – mother of Leader advertising boss Fergal Deegan – by knocking on her door and asking for a cup of sugar. 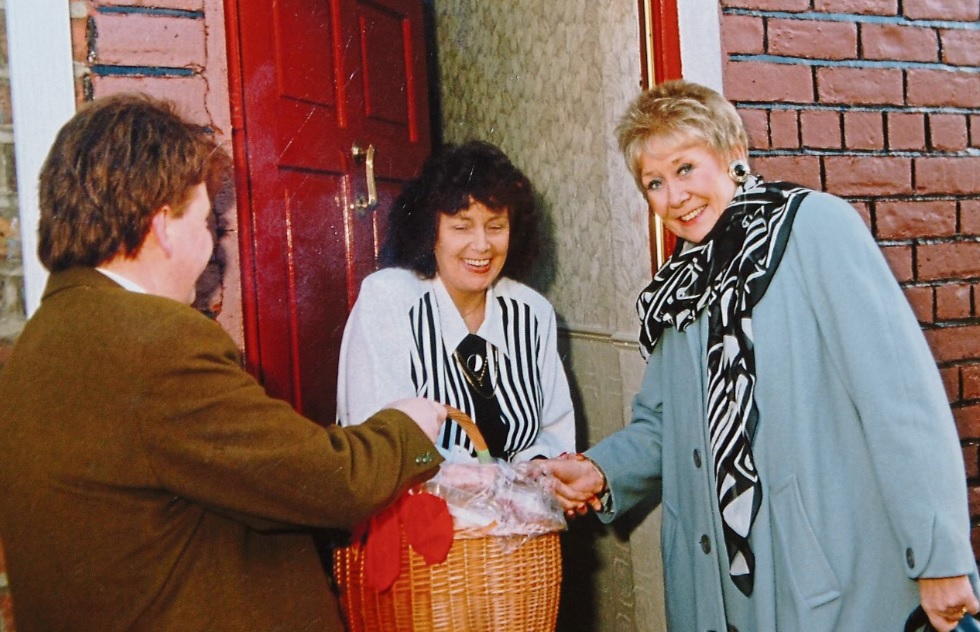 “I got the shock of my life,” Mary said this week, “She was in no hurry to leave – she didn’t want tea. Just a glass of brandy!”

What was meant to be a brief visit turned into an hour long meeting, with members of the neighbourhood turning up.

“She was so funny with Jack on Coronation Street. But a different lady in reality. She was very bubbly and chatty, and spoke very differently. She was very posh! I was expecting her to speak like she was in the show. Not at all,” Mary added. Dave recalled how Ms Dawn also served behind the bar at the Castleoaks Hotel, and surprised staff members working at Corcoran’s Butchers in John’s Square, one of the oldest family butchers in the city, where her picture was on display.

“She was one of the biggest celebrities, and was so nice as a person,” he concluded.