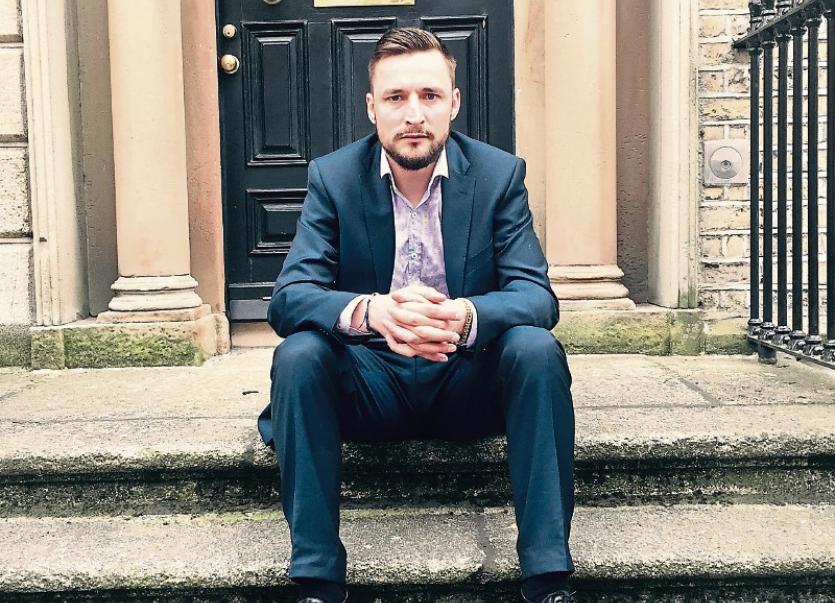 FORMER senator James Heffernan has admitted causing thousands of euro worth of damage to a car belonging to a local priest during an incident near his home earlier this month.

Mr Heffernan, aged 38, who has an address at Main Street, Kilfinane has also admitted having a small quantity of cannabis herb for his own personal use last Thursday – September 14.

At Limerick District Court this Wednesday, Judge Marian O’Leary was told the defendant was arrested in Kilmallock on Tuesday morning and was formally charged later that day.

Two of the charges relate to an incident at St Anne’s Terrace in the village on September 9.

Garda David Higgins said on that date at around 7.45am he threw a traffic cone through the window of a parked car and daubed another with paint.

Around €40 worth of damage was caused.

Garda Deano Wilkinson told the court gardai were alerted to another incident at the Parochial House, Kilfinane at around 8am last Thursday.

Garda Wilkinson said a number of windows at the rear of the Parochial House were smashed and that the drugs were recovered on Mr Heffernan’s person following his arrest.

Mr Heffernan, he said, has no previous convictions and that the motive for his actions is not known.

Solicitor Michael O’Donnell said his client, who contested the 2016 general election, is “profoundly and genuinely” apologetic and that he intends paying compensation for the damage caused.

“Compensation will be addressed,” he said adding that Mr Heffernan also hopes to address his “underlying issues”.

Judge O’Leary said she was willing to give the defendant an opportunity to pay compensation before finalising the matter.

While there was no objection to bail, gardai did seek the imposition of a number of conditions.

The former senator and councillor was ordered to live at an address in Newcastle West and to stay away from Kilfinane.

He must not  interfere with any witnesses in the case and he was ordered to remain alcohol and drug free while in public.

Mr Heffernan was also ordered to obey a nightly curfew and he must sign on daily at Newcastle West garda station.

Judge O’Leary also ordered that he supply gardai with a mobile phone number and that he be available to take calls 24 hours a day seven days a week.