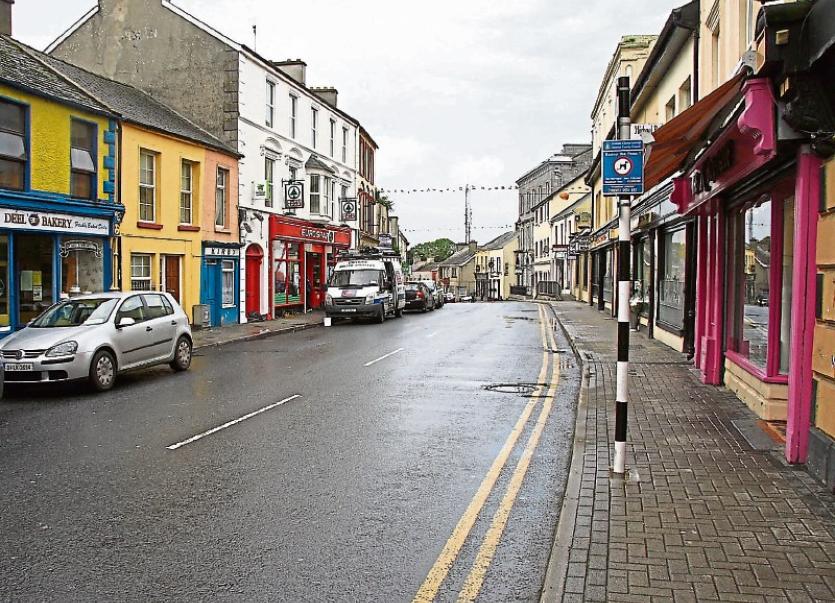 LIMERICK City and County Council is ‘ramping up’ its preparation for Christmas in Rathkeale in an attempt to curb antisocial behaviour.

Adare Rathkeale council members were presented with plans this week to provide for new road ramps to reduce speeding through the town – a problem exacerbated when the population swells during the festive period.

Councillors were also told that there will be “an increased focus of resources in Rathkeale”, and that any legal proceedings that need to be taken will be dealt with as soon as possible.

Some of the other key issues identified in Rathkeale over Christmas are the parking of caravans illegally, litter and dumping.

Council Engineer Thomas Kelly said that the plan is “to focus on infrastructural changes to change driver behaviour”.

Ramps that stretch across the full width of the road and tabletops – ramps that allow pedestrians to cross – are both included in the draft plans.

Build outs – sections of the road that are narrowed – are planned for the New Line Road and Main Street in the town.

It is estimated that the road works will cost €180,000 plus VAT. But there is no provision at the moment in the district’s budget, and the money will have to be taken from elsewhere.

Council executive Caroline Curley said that “things have to be prioritised, and we want to prioritise this area this year”. Mr Kelly said that the plans are “on track” to be done before this Christmas.

Cllr Adam Teskey suggested that the types of heavy vehicles being brought into the town may be less affected by ramps than smaller cars.

Cllr Richard O’Donoghue commended the council for “forward-thinking on the detailed plans”.

Cllr Stephen Keary said that he would like to see a ramp installed on Thomas Street.

Draft plans to make Main Street a one-way street were also revealed, but councillors were told that if they want to go down that route, it will not be done this year.