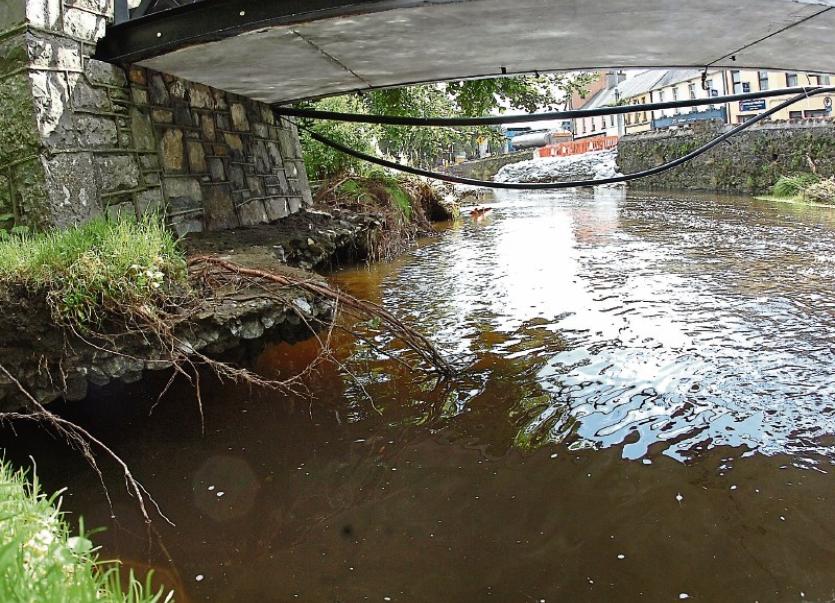 The footbridge was closed early in August as part of a €56,000 upgrading of the town centre

THE closure of the 150-year-old  footbridge in Newcastle West is affecting people’s livelihoods, Cllr Michael Collins FF has warned. And he is seeking an early date for it to be re-opened to pedestrians.

The footbridge was closed early in August as part of a €56,000 upgrading of the town centre funded jointly by the Rural Economic Development Zone REDZ scheme and Limerick City and County Council.

The project, targeting  the Square, Maiden St and Bridge St, included decluttering of signs, the installation of finger signs, repairing of footpaths, restoring heritage-style lighting and painting the footbridge.

However, councillors were told at a meeting of Newcastle West Municipal District last week that some problems with the wrought iron structure  had been discovered at the bridge and it was no longer a simple question of painting it.

Area engineer Padraig Vallely said there were structural problems with the handrails which needed to be replaced and these would take some time to acquire. “We have to apply for funding to cover our costs,” he said.

Until then, the bridge will have to remain closed for safety reasons.

Cllr Collins, who described the bridge as a significant piece of local heritage,  was “disappointed” at the hold up. “It is affecting people’s livelihoods and the business of North Quay,” he said.

The cost of repairing the bridge was significant, Cllr Jerome Scanlan said. However, he added: “That bridge would have fallen into the river if we hadn’t planned to paint it. The rust didn’t show.”