Woman who lost daughter, 3, in Limerick crash fined for being uninsured 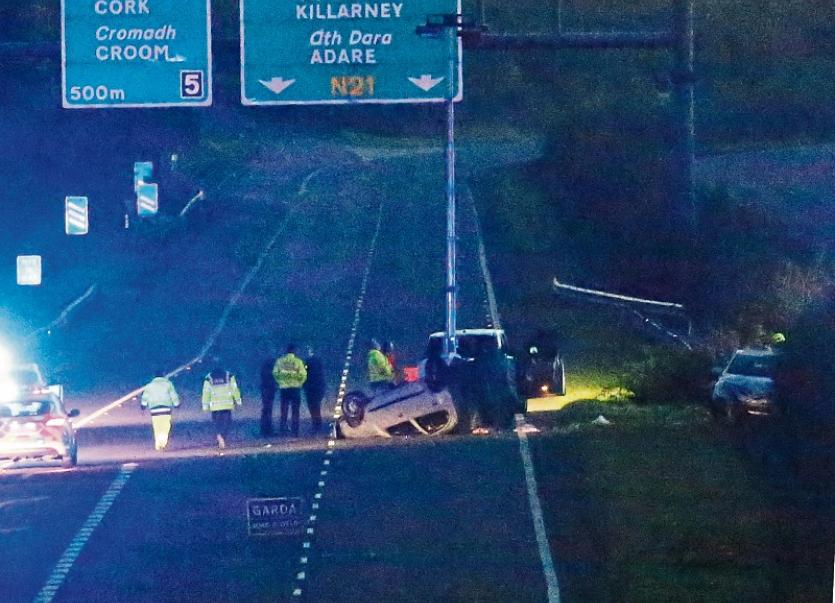 The scene of last year's fatal crash on the M20 | Picture: Press 22

THE mother who lost her three-year-old daughter in a road crash outside Patrickswell last year did not have car insurance, a court has heard.

Rita Tshilumbu, Abbeyfeale, was the driver of the car involved in a two-car collision on the M20 at Barnakyle, Patrickswell, on September 17, 2016.

Newcastle West court heard that the woman’s insurance policy had been cancelled on November 12, 2015.

The court heard that the insurance company, AIG, had attempted to contact the family to tell them that there had been an issue with a payment, and the policy was subsequently cancelled.

Ms Tshilumbu had believed herself to have still been covered.

Gardai received the report at 5.15am on the morning in question before attending the scene.

The woman’s three-year-old daughter was brought to University Hospital Limerick after the crash, and was pronounced dead later the same day.

Solicitor for Ms Tshilumbu, Michael Lane, said it was “a tragic accident”, which culminated in “very unfortunate circumstances” for his client.

Mr Lane also said that she has been living in Ireland for over 10 years, and has been in Abbeyfeale for 18 months.

The woman had no previous convictions, he told the court and is not currently driving.

Judge Mary Larkin said that she had “the greatest amount of sympathy” for Ms Tshilumbu.

Given the circumstances, Judge Larkin decided not to impose the mandatory two-year disqualification. But the judge noted that “she didn’t clarify insurance for 10 months while driving with children”.

She was fined €250 and given six months to pay.