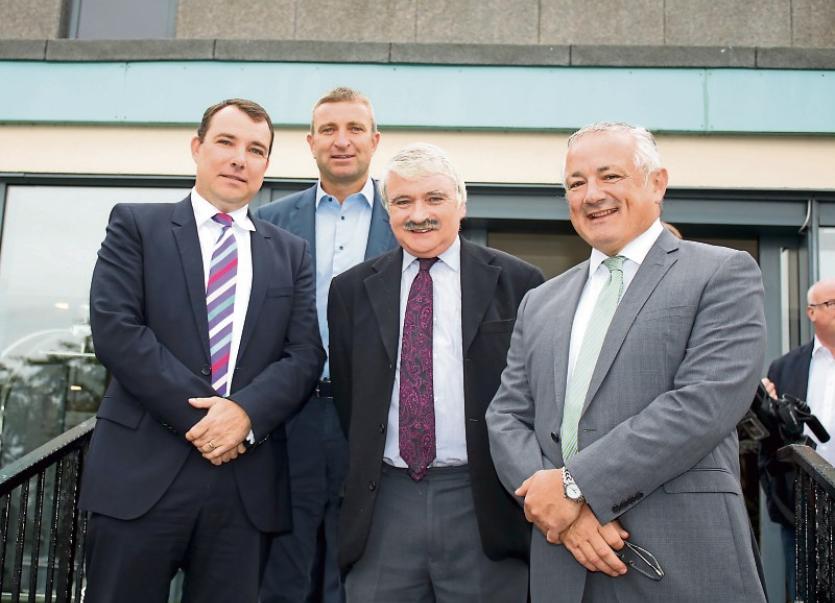 IT would be hard to communicate the level of fear, anxiety and distress which the Irish Cement plans have generated from one end of the city to the other, Fianna Fail TD Willie O'Dea said when he addressed the Irish Cement oral hearing at the South Court Hotel on Tuesday evening.

And it was not confined to the city, he continued, as the proposal could have “potentially catastrophic effects” on the dairy industry.

“There is a tremendously heavy onus on Irish Cement to prove their case,” Deputy O’Dea said and he “profoundly” disagreed that “incineration was the only game in town”.

“Incineration is not the answer to landfill,” he said. “This will lead inexorably to importing waste from other countries to feed this monster.”

Having believed in the Tooth Fairy for a time, Deputy O’Dea said, he found it difficult to accept that Irish Cement are the “great protectors of the environment.”

“Listening to the experts you might think it was all about saving the planet,” he said. “This is not about the environment. It is about money, hard cash.”

The cost of pet coke has been rising, he pointed out.

“The alternative is cheaper. That is what it is all about.”

And he castigated Irish Cement for inaccuracy, pointing out that they were incorrect in stating that new schools would open next year.

“The pupils went in the doors this week,” he said, to applause. “Ye can’t even manage your own application.”

Limerick City and County Council had failed the people of Limerick, he said. The councillors had made it clear they didn’t want it, Cllr Collins said but the decision had been made.

Council chief executive Conn Murray “has a lot of questions to answer” he continued. The Irish Cement proposal was not compatible with the councillors’ plans and priorities.

“We are investing in our food,” he said. And he warned of consequences if contaminants got into our milk, butter and cheese.

Limerick was also investing in tourism and in the arts and culture, he added, including a world class golf course at Adare Manor.

“What are our chances if we are downwind of a toxic waste incinerator?” said the Fianna Fail councillor.

“It is a toxic waste incinerator in a make-shift kiln. It is not purpose built,” Cllr Collins said and the company had not supplied a definitive list of the waste they would be burning.

The proposal marked “a fundamental change” in Irish Cement’s business model, he said.

“They are changing the purpose of the plant. It is no longer about making cement. It is about making money from incinerating waste.”

Senator Kieran O’Donnell asked that the hearing be adjourned to allow the Environmental Protection Agency (EPA) to appear.

“Limerick City and County Council have agreed planning, on the basis they have no environmental concerns. Yet the licence is the sole prerogative of the Environmental Protection Agency,” he said.

He also asked what are Irish Cement burning in their sister plant in Platin where carbon dioxide emissions had been reduced.

“Ye are looking to burn tyres here in a built up area when it is not required to maintain jobs,” he said.

Every week over the last 12 months, she said, there had been applications for new businesses in Limerick.

“There is a fear factor out there... It is going to be a huge deterrent.”

“I note it has been said the role of the EPA is in control of emissions. But An Bord Pleanala can consider environmental issues and I would urge to take these into account.”

Cllr Cian Prendiville Solidarity said he was opposed to the Irish Cement proposal on because of the environmental dangers and would jeopardise local area plans.

“It is clear these proposals will not be accepted by the people of Limerick. I would urge Irish Cement  if they really want to be good neighbours that they withdraw their proposal by the end of the week,” he said to applause.

“If that doesn't happen I predict we will see Rossmore type resistance.”

“Any reductions in non biomass count as credits and can be transferred... or sold, and for a profit,” he said.

Clare councillor Cathal Crowe said that there had been no consultation with the people of Clare who, given the distances and the prevailing winds, would be affected by what would come out of the kiln.

“Airborne pollutants do not recognise any county boundaries,” he said.

Repak Ireland, he said, is currently giving €4 per tyre and he reckoned that Irish Cement stood to get €21- 27m profit from tyres.

“Maybe that is the real motive,” he said.

“Surely any organisation applying for planning must show they are able to operate safely within a densely populated area and failing that no permission can be granted,” Cllr Daniel Butler, FG, said and referred to dust emissions from the plan.

“This shows an organisation that struggles to operate safely within its current basis operating practices and we expect it to be able to operate a more volatile process.”

“There has not been a sufficient level of analysis into the potential health risks posed by emissions from the burning of the hazardous waste before the granting of this planning permission,” Cllr Malachy McCreesh, SF, said.

“The communities living in the area of the Irish Cement plant have no confidence in the ability of the company to operate in a clear and transparent manner.”