No deal for Dealz over 'obtrusive' signage at its Limerick store 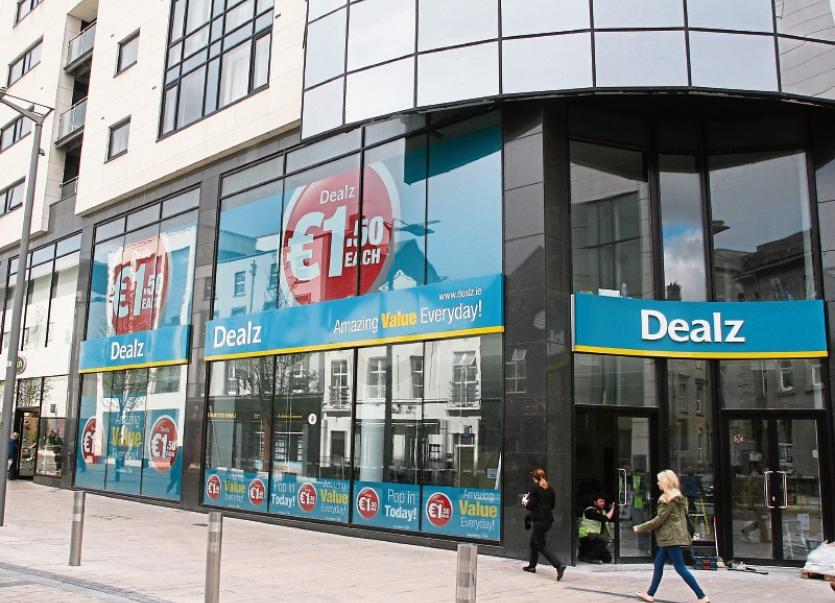 The Dealz store at the centre of the planning row Picture: Adrian Butler

AN Bord Pleanala has rejected an appeal by discount retailer Dealz against the decision by Limerick City and County Council to refuse permission for illuminated shopfront signage and 2.8m tall vinyl window graphics.

Dealz, a division of UK retailer Poundland, was previously refused planning permission by the local authority for the retention of the signage at its store at the junction of Henry Street and Bedford Row in the city centre.

The 9,000 square foot store which extends over three floors opened in May 2016.

Prior to being leased by Dealz, the premises was previously occupied by clothing retailer Pamela Scott.

In its appeal to An Bord Pleanala, the company submitted the purpose of the vinyl signage on the windows was to “mitigate the visual impact of shelving” which can be seen from the street.

In its submission which was prepared by a plannin consultant, it also argued there was a need for illuminated signage as the external facades are “usually in the shade”.

In her report to the board, planning inspector Pauline Fitzpatrick said the vinyl signage which extends over two floors “creates a visually obtrusive feature in the streetscape” and that it amounts to “visual clutter”.

While Ms Fitzpatrick accepts that shelving will be visible from the street once the vinyl signage is removed from the windows, she says the use of such signage creates “dead frontage” and is not best practice.

“Alternative design solutions including alterations to internal store layout which does not involve such dominent signage should be fully explored,” she stated in her report.

In its decision, the board of  An Bord Pleanala state the “scale, design and quantum on the building frontage would be excessive in terms of visual clutter” and that retention of the signage would “seriously injure the visual amenities of the area”.

Upholding the reccomendation of its planning inspector, the board at a meeting on July 31, decided to refuse the applicaton by Dealz for retention of the disputed signage.