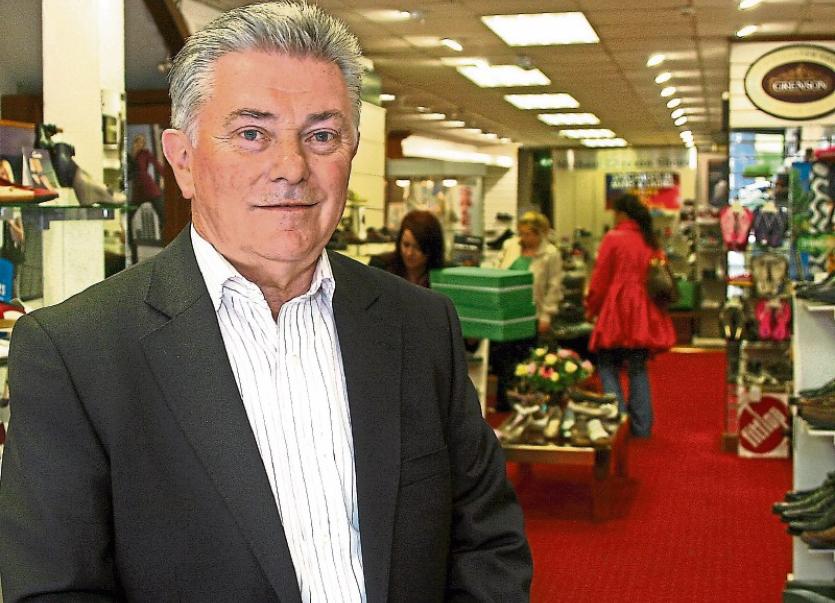 Now a leading local retailer is leading a similar fight, calling for an “anomaly” to be corrected which means parents of some children whose feet measure size six or over have to pay “€10 to €15 more”.

Michael Gleeson of Michael Gleeson’s Shoes and Young Gleeson shoes on William Street, says parents of “big girls” and “big boys” are being hit because, although they are still children, they have to get larger sizes of footwear.

“Lots of parents are paying VAT at 23% for children’s shoes just because their child has passed size six. I would say every child going back to secondary school this year was paying for VAT on their shoes. These people are all children,” he said.

Mr Gleeson wants parents associations to join him in backing him for a call to tackle this.

“There is nothing I as a retailer can do, even though I’d love to. It can be quite embarrassing when children are selecting the same shoe, but one is a bigger size than the other, and the difference in price is €10 to €15. Children’s shoes should be VAT free. But if you’re a big girl or a big boy, you’re penalised for your foot being that bit bigger,” he said.

The independent retailer pointed out the hospitality sector had benefited from having its VAT cut to just 9% – and wants a similar approach.

He is calling for a submission to be made to Finance Minister Pascal Donohoe on this ahead of this autumn’s budget.

Firebrand TD Mr Kemmy famously brought down the Fine Gael led government in 1982 when he voted against John Bruton’s budget which, among other things, placed VAT on children’s shoes.