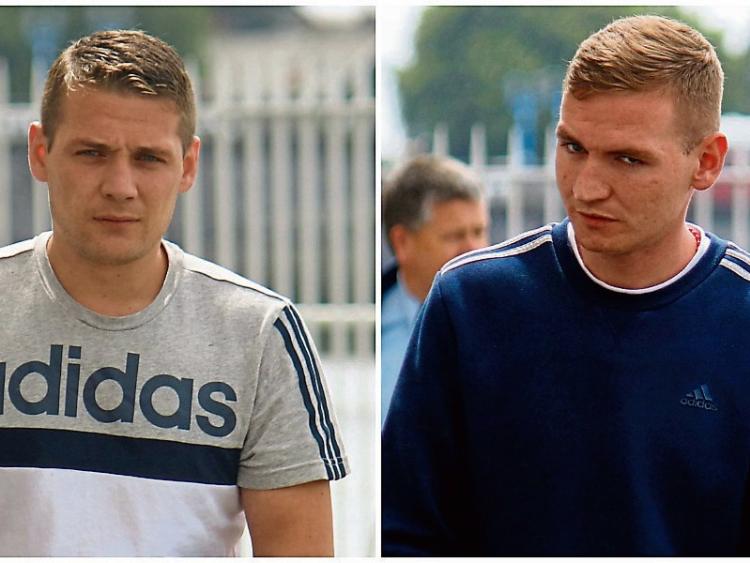 TWO brothers who robbed cash and a mobile phone from a man in the city centre in broad daylight have each received lengthy prison sentences.

Jason Curtin, aged 25, and Brian Curtin, aged 26, both of Spitland, Old Cork Road each pleaded guilty to robbery and assault charges relating to the incident at O’Connell Street on August 11, 2016.

During a sentencing hearing, Garda Kevin Motherway said gardai were alerted to an incident near the junction with Mallow Street  at around 11.15am after a local solicitor contacted them.

Limerick Circuit Court was told the defendants and another man - named as Mr X - had run past the solicitor a short time earlier and began attacking the victim who was a non-Irish national.

“He was put against a wall and they began to punch and assault him,” said John O’Sullivan BL, prosecuting who said the man was in fear of his life.

A sum of €20 in cash, a mobile phone and a set of keys were taken from the victim who sustained bruising to his face and cuts to his left arm. Jason Curtin was not present when gardai arrived at the scene and it was later established that he had used the stolen keys to enter the home of the injured party where he confronted his partner and refused to leave.

Garda Motherway confirmed the injured party did not contact gardai about the incident and that he declined to make a victim impact statement.

Judge Tom O’Donnell was told that while CCTV footage placed the defendant’s in the “O’Connell Street area” around the time of the incident, their guilty pleas were significant.

Both defendants are chronic drugs addicts and Brian Curtin, the court heard, has more than 200 previous convictions while Jason Curtin has 125.

Imposing sentence, Judge O’Donnell described the robbery offence as “serious and sinister” and he commented that the previous records of the defendants was a serious aggravating factor.

He sentenced both men to four years’ imprisonment.

Brian Curtin was sentenced to an additional two years’ imprisonment for unrelated offences, including burglary, unauthorised taking and drug-driving while Jason Curtin received a concurrent six month sentence for stealing a Ford Transit van from a halting site in the city on August 12, 2016.