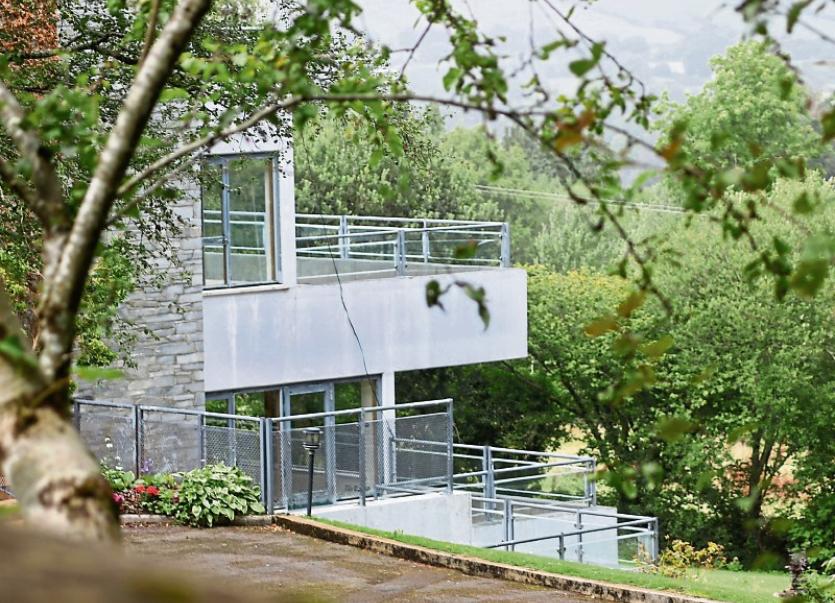 The property just outside Killaloe was bought in 1998, but has remained largely vacant over the past decade

THE costs of maintaining two presidential houses owned by the University of Limerick have exceeded €100,000, with one multi-million euro residence left vacant for nearly a decade.

The university sparked controversy in 2010 when a second house costing €2.2m and funded by philanthropist Chuck Feeney of Atlantic Philanthropies was built for its president on campus – at a time when it was €3m in debt.

UL is the only university in the country which has two residences in its possession, and the maintenance and renovation of both has cost €109,654.55 to date, according to information released to the Limerick Leader under the Freedom of Information Act.

The costs include €88,133.89 for the maintenance, as well as electricity and gas, for the residence on campus at Garraun, Clonlara, on the Clare side of the university, since 2009.

A further €21,520.66 has been spent on the renovation costs of the first presidential home at Ballycuggeran, Killaloe, since its acquisition in 1998.

At the time, UL defended its decision to build a residence on campus, indicating that it planned to sell the residence situated on two acres in Ballycuggeran.

However, the property was never sold and currently remains under the control of UL.

Sitting atop the Ballycuggeran hillside, and offering panoramic views of Lough Derg, the four-storey mezzanine residence is partly built into its surroundings.

Now valued at in the region of €1.5m, documents show that the property was bought for £480,000 in September 1998, following the appointment of the university’s second president, Dr Roger Downer.

Both residences were purchased from private philanthropic donations, but critics have said that nonetheless the maintenance and upkeep of both properties are being paid for by the State.

Fianna Fail deputy Willie O'Dea urged that UL should sell or at least rent the property “to get the best possible value out of it and ease the burden on the taxpayer.”

John Phelan, of Harry Brann auctioneers in Killaloe, said while no multi-million euro residences have come to the market in recent times, there has been an “unswing” in sales as buyers are again clamouring to live in the picturesque village, described as the “Kinsale of Clare”.

“In the Celtic Tiger era, everyone wanted either a house facing onto the lake or with a lake view, and they most they would have made was €1m to €1.5m. The market is buoyant again, but people are not losing the run of themselves,” he said.

Prof Downer said he moved out of the house when he retired two years early due to ill-health in August 2008 and relinquished all ties with it.

The on-campus residence, now home to the new UL president, Dr Des Fitzgerald, on the Clare side of the campus, was built at a total cost of €2,183,000, documents show.

Previously described by the then Minister for Education Batt O'Keeffe as a “lavish” purchase, sources told the Limerick Leader that former president, Prof Don Barry, “hardly ever stayed there”, preferring to stay in another property, which he owns, in Killaloe.

The house on campus features five bedrooms, a large reception room, a dining room with a terrace, a large living room and an expansive kitchen.

Dr Fitzgerald is also not enthused at living in the three-storey on campus, inspite of its architectural merits.

“How do I put it ... it has great architecture,” he told the Limerick Leader. “It’s a requirement you live there. It’s a very public house, for events, meeting donors or visiting academics. It’s not exactly a private home — it's more like living in a fish bowl and kind of exposed.”