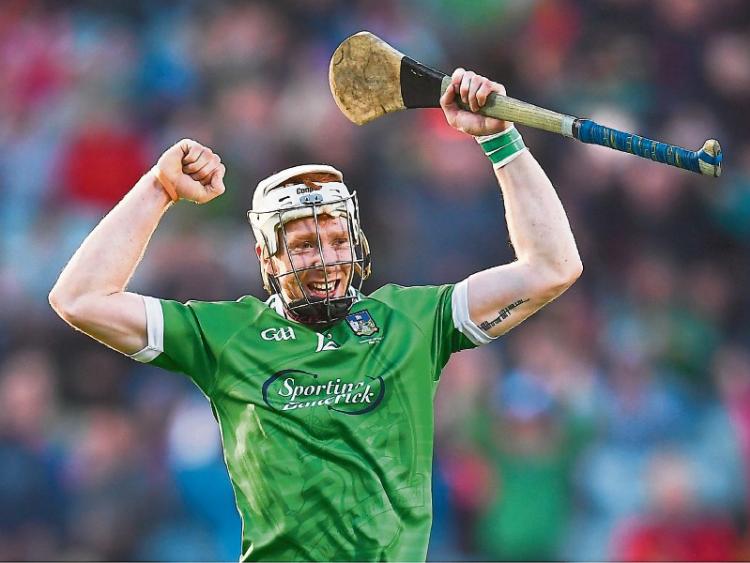 Cian Lynch of Limerick celebrates his side's victory in the Munster Under-21 final Picture: Stephen McCarthy/Sportsfile

LIMERICK councillors have backed a motion calling on the GAA to stop Sky Sports having exclusive rights to certain matches.

This year, both of Limerick’s championship hurling games were only available on the pay-tv broadcaster.

Now, councillors want that stance revisited – and are planning to make their views known to GAA headquarters.

Former mayor, Cllr Liam Galvin said RTE, TV3 and TG4 should also be allowed to screen fixtures which are carried by Sky.

“Denying households who do not subscribe to Sky TV the right to view our national games is a travesty,” the Fine Gael man said.

“I am bringing this motion because of my love for the GAA and in particular football. Lots of people do not have Sky in their home, and will not see their local side playing. I have no issue with Sky television showing games. What I am asking here is that opportunity is given to free-to-air networks to also show games,” Cllr Galvin added.

Sinn Fein councillor Séighin Ó Ceallaigh said: “It is absolutely disgraceful that we can watch Barcelona, Bayern Munich and Real Madrid in the Champions League on Irish television, yet we cannot watch Limerick GAA on RTE. We need to take this in hand before we see a full sell-off of our national sport to foreign tv firms.”

Cllr Gerald Mitchell, Fine Gael, said due to the high cost of Sky Sports subscriptions, three pubs in his village of Hospital have had to cancel.

His party colleague, Cllr Daniel Butler added: “This is our national sport.  It’s part of the fibre of who we are. Everyone should have access to it. At the moment, we are restricting access to a large section of society. We should not be given responsibility to sell part of our culture to Sky Sports, and depriving people in the process.”

He believes the GAA’s founder Michael Cusack would approve of Sky’s efforts to promote the two codes around the world.

“Michael Cusack was a great Irish scholar, he promoted the Irish language, promoted sport, hurling and gaelic football. He was saying these are distinctive games, this is our national identity. He wanted to promote it worldwide. That was his vision back then. This is exactly what Sky Sports are doing. Bringing the games right across the world to our diaspora. Linking them with their homes and their communities,” the mayor said.

Cllr Lynch also pointed out that the cost of taking out a Sky subscription over the summer pales into comparison with the price of travel to games, and the other costs involved.

The motion was passed.

Last week, GAA president Aogán Ó Fearghaíl shut down any opposition to the organisation’s deal with Sky – which runs to 2021.

He said: “The media rights is about all that can go in, can go out. Do we want to go back to the day, which the GAA used to do, to pay a media provider to cover our games? Those days are all over so there is no debate. There were 30 votes at Congress against the media rights deal. The debate is over.”